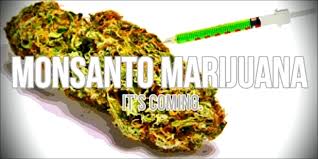 It’s hard to ignore the prevalence of medical marijuana dispensaries in California and elsewhere. They are on the corner and in the news. If you are a tax lawyer, it is even harder to ignore them, for there are big tax problems in this industry. See Voters Say Yes To Marijuana, IRS Says No. But when I said I thought the industry was going corporate—Is Medical Marijuana Going Corporate?—I didn’t realize how true it was.

Now I’m getting merger notices. Yes, marijuana M&A is here. In this case, it’s about the vapor machines that can obviate smoking and instead dispense the meds without even using a match (or a lighter for that matter).

Vaporfection claimed Best Vaporizer in Product of the Year at the Cannabis Cup Amsterdam 2011, and Best Vaporizer at the Kush Expo LA 2012. The company’s patented designs cause marijuana to release its medicinal ingredient into the vapor. The resulting vapor is pure, virtually odorless, and goes into the patient’s respiratory system.

Vaporfection was created by Amir Yomtov in 2006. In 2011, the company was purchased by entrepreneur Herb Postma. Mr. Postma continues to manage Vaporfection and notes that under Medbox, Vaporfection revenues are projected to exceed $4 million in 12 months. All this sound rosy, but not to the feds.

After all, legal dispensaries are still labeled as drug traffickers under federal law, and that creates big tax problems. Section 280E of the tax code denies tax deductions for any business trafficking in controlled substances. The IRS says it must enforce Section 280E. Yet the U.S. Tax Court has opened the door a crack by allowing dispensaries to deduct other expenses distinct from dispensing marijuana. See Californians Helping to Alleviate Medical Problems Inc. v. Commissioner.

If a dispensary sells marijuana and operates the separate business of care-giving, the care-giving expenses are deductible. Some expenses might relate to both. If only 10% of the premises are used to dispense marijuana, 90% of the rent is deductible. But good record-keeping is essential. See Medical Marijuana Dispensaries Persist Despite Tax Obstacles.

But even good records won’t make vaporizers or drug paraphernalia deductible. In Olive v. Commissioner, Martin Olive sold medical marijuana at the Vapor Room, where he used vaporizers so patients didn’t have to smoke. However, with only one business, Section 280E precluded Olive’s deductions.

Robert W. Wood practices law with Wood LLP, in San Francisco. The author of more than 30 books, including Taxation of Damage Awards & Settlement Payments (4th Ed. 2009 with 2012 Supplement, Tax Institute), he can be reached at Wood@WoodLLP.com. This discussion is not intended as legal advice, and cannot be relied upon for any purpose without the services of a qualified professional.