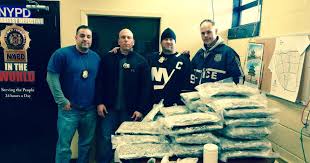 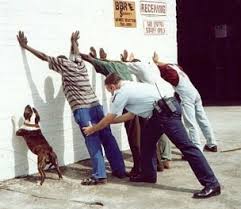 NEW YORK — The NYPD spent 1 million hours making 440,000 arrests for low-level marijuana possession charges between 2002 and 2012, according to a new report released Tuesday — just as legislative leaders in Albany are deciding whether to pass a bill reforming drug laws.

“We cannot afford to continue arresting tens of thousands of youth every year for low-level marijuana possession,” Alfredo Carrasquillo, a civil rights organizer with the activist group VOCAL-NY, said in a release. “We can’t afford it in terms of the negative effect it has on the future prospects of our youth and we can’t afford in terms of police hours.”

The drug reform proposal from Gov. Andrew Cuomo would decriminalize small amounts of marijuana in public view. Possessing 25 grams or less of marijuana kept out of sight is currently a violation, subject to a $100 penalty in New York state.

Thousands of New York City residents, a disproportionate number of them black or Latino, have been arrested for emptying their pockets on the order of police during stop-and-frisk encounters.

Cuomo has made reforming the marijuana law a top legislative priority this year. In June, New York City Mayor Michael Bloomberg and New York City Police Department Commissioner Raymond Kelly made the surprise announcement that they, too, supported Cuomo’s plan.