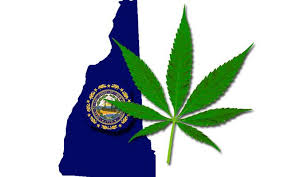 CONCORD, N.H. (March 13, 2013) – The New Hampshire Hemp Freedom Act passed the House on a voice vote and will move on the the Senate for consideration

HB 153  prohibits the designation of industrial hemp as a controlled substance, opening the door for hemp production within the state of New Hampshire House votes to Nullify Industrial Hemp BanNew Hampshire.

The federal  Controlled Substance Act included hemp as a Schedule I drug in 1970. The feds consider growing it without a DEA issued permit a crime.  The feds have only issued one such permit, to Hawaii, back in 1999. It has since expired.   This has created a de-fact federal ban on growing the plant.  And as a result, the United States is the world’s #1 importer of hemp, while China and Canada are the top 2 exporters.  Some supporters say that nullifying this federal ban would be a huge win for jobs, for American farmers, and for the economy.

HB153 seeks to effectively nullify the unconstitutional federal ban on the production hemp. The federal government lacks the constitutional authority to regulate the production of hemp, or any agricultural product, within a state’s borders, and HB153 rests on solid ground.

HEMP OVERVIEW AND USE

Industrial hemp is not marijuana, but an industrial agricultural product used for a wide variety of purposes, including the manufacture of cordage of varying tensile strength, durable clothing and nutritional products. During World War II, the United States military relied heavily on hemp products, which resulted in the famous campaign and government-produced film, “Hemp for Victory!”

Since the enactment of the unconstitutional federal controlled-substances act in 1970, the Drug Enforcement Agency has prevented the production of hemp within the United States. Many hemp supporters feel that the DEA has been used as an “attack dog” of sorts to prevent competition with major industries where American-grown hemp products would create serious market competition: Cotton, Paper/Lumber, Oil, and others.

The Many Uses of Hemp

Environmental and Economic Benefits of Hemp

If you live in New Hampshire, please call your senator and ask him/her to support HB153. You can find Senate contact information HERE.

If you live anywhere outside of New Hampshire, please contact your state Senator and urge them to introduce the Hemp Freedom Act. You can find model legislation HERE.