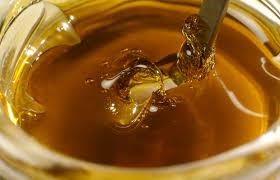 I heard about hash oil recently. Can I use it medicinally?
–WONDERING IN WOBURN 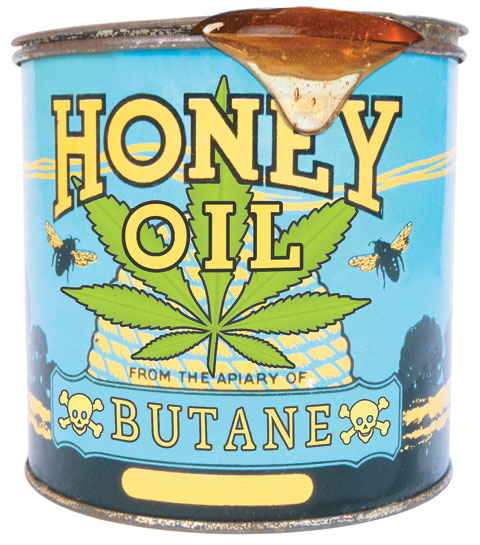 The initiative passed by Massachusetts voters does permit medical-marijuana products “such as . . . oils.”

Hash oil, also known as “BHO,” “honey oil,” “wax,” “honeycomb,” and “shatter,” is a powerful, concentrated cannabis extract. According to the labs and experts I consulted, it can contain anywhere from 50 to 80 percent THC (a medical marijuana bud typically contains 10 to 27 percent THC), so that even just a “dab” (a small amount of hash oil) can produce quick pain relief. Additionally, it’s free of mold, it can be easier on the lungs than smoking marijuana plant matter, and doesn’t leave the patient smelling like pot. In medical-marijuana states out West, hash oils can make up as much as 40 percent of a dispensary’s sales.

However, these experts stressed that the hash oil must be made correctly to have therapeutic value.

“BHO” stands for “Butane Honey Oil” — the cannabis extract is made using butane, a solvent. Hash oils can also be made using other solvents. When you read about someone blowing up a hotel room making hash oil, it’s because they were using one of these solvents improperly.

Accidental explosions aren’t the only danger posed by producing hash oil incorrectly, warns Genifer Murray, the CEO and founder of CannLabs (a Colorado lab that tests cannabis products). These solvents can be toxic. According to Murray — a member of the criminal-law task force of Colorado’s Governor John Hickenlooper — the process people are using to make BHO in their back yards (or indoors) is dangerous: “How do you know the butane is purged out?” Leftover solvents in improperly prepared hash oil can have damaging side effects on users, she says: “When people are tripping out [on hash oil], that’s not cannabis; that’s the solvent.”

Matthew Ellis shares Murray’s concern. Ellis is the owner of Extraction Tek Solutions, a company that builds equipment that can use solvents for extraction processes. (The food industry commonly employs such techniques to, say, extract vitamins from broccoli stalks or oil from peanuts.) Ellis explains that when amateurs make BHO, they typically buy cans of butane normally used to refill lighters. “With those cans, a lot of people don’t understand, it’s not pure butane. Vector [a popular brand] contains 60 percent butane, 29 percent isobutane, and 11 percent propane,” he says, pointing out that professional industrial manufacturers and labs use pure chemicals in their extraction processes. Further, if homemade hash oil isn’t properly “washed,” solvents and other chemicals might be left behind — including pesticides, if the marijuana used to make the hash oil was treated with them.

“It’s scary,” Murray says. “There need to be serious studies” on hash oils and BHO, she says. But she cautions against outright prohibition: “If you ban it, it’s gonna create a black market.”

She advocates for licensed facilities for hash-oil producers, “with proper purity process where you know it’s clean,” to make sure products are free of impurities.

Danny Danko, senior cultivation editor of High Times magazine, tells the Phoenix: “It’s a dangerous process, and it’s dangerous for people to smoke impurities and solvents. People who want to make oils who are amateurs should stick with ice-water extractions. That way, you’re not putting people, patients, or yourself in danger.”

“I’m not making a statement against BHO,” Danko says. “It has a place for patients. When made properly, it can represent the pure essence of the flower.” He adds: “I would say a good rule of thumb is the darker looking the oil, the more it’s likely to have impurities or remnant solvents. Anything that feels like it’s coating the lungs is not good.”

Ultimately, Danko says, “People should learn as much as they can about it before diving too deep into it.”