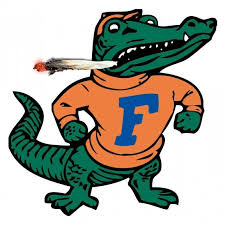 Is anyone not moving for legalization now?

Marijuana — a taxable form of medicine or a dangerous gateway drug?

The controversial issue has been gaining attention across the country now that 18 states are allowing it in some form.

“What’s happening right now is that people who truly need access to the medicine don’t have it,” James said.

James leads a state movement that would like to see medical marijuana legalized in Florida, just like other states.

“They regulated it, they controlled it. The sky didn’t fall down and it makes more sense for public safety,” James said.

Right now there’s an effort by Democratic Senator Jeff Clemens from District 27 from Palm Beach County to create a bill that would legalize medical marijuana.

Other bills have failed but supporters said the legalization of marijuana in Washington and Colorado for recreational use have opened the doors of opportunity.

But there are people against.

A groups like the Centers for Drug Free Living in Orlando said they don’t take a stance on whether it should be legal or not but think their treatment facilities would feel an impact.

“The easier to get it, the more likely it will probably be used and the more it’s used the more addiction and abuse you are going to see out of it,” said Center For Drug Free Living official Todd Dixon.

Dixon also said there are serious downfalls to smoking it.

“Smoking in general, whether it’s marijuana or tobacco has a whole other host of negative health side effects,” Dixon said.

The group partnership at DrugFree.org issued News 13 a statement regarding the issue:

“Legalization of marijuana does not change the reality that use of marijuana, alcohol or any drug in adolescence poses risks to childhood brain development and significantly increases the likelihood of progression to addiction.

What legalization may well increase is the availability of marijuana to teens – and the kind of aggressive marketing to underage users that alcohol and tobacco companies have consistently engaged in – to the clear detriment of young people’s health and well-being.

In the interest of protecting kids, and based on the perspective of parents, we believe that adding marijuana to the menu of legally available substances and marketed products will make it more likely that kids will use it. The need for education, prevention and guidance toward effective treatment increases dramatically with legalized marijuana. Our role in motivating and equipping parents to prevent or get help with a child’s involvement with drugs does not diminish, but instead becomes all the more important.

From this perspective, The Partnership at Drugfree.org does not support legalized and marketed marijuana.”

“You can’t go to the mall without being bombarded with something with a pot leaf, so what kind of message are we sending to our kids,” James said.

Whether you agree or not, the issue is being talked about both in homes across the country and in Tallahassee.

Clemens said the bill is currently in the drafting phase. It should be completed within the next few weeks.

Big Week For Marijuana In Congress