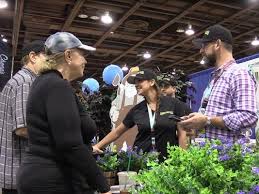 City officials are asking a Los Angeles County Superior Court judge to issue a temporary restraining order against the organizers of a two-day marijuana convention set to start Saturday at a sound and film production studio in South Glendale.

City Council members held an emergency closed session Tuesday night to stop organizers from hosting the Medical Cannabis Cup — an event organized by High Times magazine — contending the use of the space does not comply with municipal codes.

“We are hoping to get voluntary compliance,” City Atty. Michael Garcia said.

City officials are concerned that organizers plan to use Glendale Studios in the 1200 block of South Glendale Avenue for live performances, which would include rappers The Game and Redman.

Glendale Studios, Garcia said, is zoned for broadcast and recording, not for concerts.

Another issue is that the event doesn’t comply with the city’s ban on medical marijuana dispensaries, which are prohibited in all zoning districts.

Steve Makhanian, who runs Glendale Studios, said Wednesday that regardless of any court injunction, he planned to cancel the event because the city was “not happy” organizers had not pulled the proper permits.

“As a studio owner, we can’t jeopardize having this event here,” he said.

Local dispensaries, clothing companies, hydroponic businesses and marijuana paraphernalia retailers were slated to the showcase their products at the event, said Rick Cusick, associate publisher of High Times. Actor Tommy Chong — costar of stoner comedies “Up in Smoke” and “Still Smokin’” — was also expected to be honored with a lifetime achievement award.

Cusick said the event is “unusual all over the place.”

Organizers had created restrictions to limit access to marijuana, which would be available for sharing only by medicinal-marijuana-license holders in a cordoned-off tent area, Cusick said.