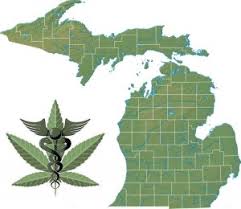 Medical marijuana users in Michigan aren’t allowed to buy pot from shops or other patients, according to a 4-1 ruling by the state Supreme Court Friday.

Michigan had over 124,000 registered medical marijuana users as of December. Legally, they will only be able to grow their own marijuana or have it grown for them by one of the nearly 26,000 caregivers licensed by the state.

The Supreme Court upheld a decision by the Michigan Court of Appeals after hearing arguments in October. The case involving Mt. Pleasant dispensary Compassionate Apothecary considered the legality of commercial transfers of medical marijuana between patients, and the tribunal of three judges determined those transfers were illegal under the Medical Marijuana Act.

The ruling allowed prosecutors to shut down dispensaries found selling marijuana, though some communities had chosen to wait for the Supreme Court decision before taking action, according to the Associated Press. Compassionate Apothecary was shut down as a public nuisance.

Back in 2008, Michigan became the 13th state to legalize medical marijuana use. The Michigan Medical Marihuana Act gave patients suffering from diseases like HIV, glaucoma and cancer the ability to use marijuana for medical relief if they received a prescription from a doctor.

Even though voters approved the use of medical marijuana for ailing residents, users and activists faced several legal challenges. Several cities across Michigan denied pot dispensaries from opening up shop — by denying the businesses certificates of occupancy, changing zoning laws or by simply banning dispensaries altogether. A few cities crafted ordinances outlawing medical marijuana use altogether, which were later struck down.

A state statute that took effect in April 2009 called for a review board to consider conditions that weren’t included under the original act, like Parkinson’s disease, anorexia and post-traumatic stress disorder. The board convened for the first time in December.