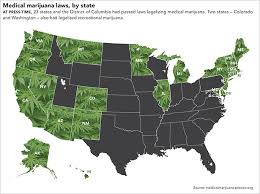 WASHINGTON — Rep. Jared Polis introduced legislation Tuesday that removes marijuana from the Controlled Substances Act and shifts it from the Drug Enforcement Agency to be regulated by the renamed Bureau of Alcohol, Tobacco, Marijuana and Firearms.

Polis, along with Democrat Rep. Earl Blumenauer of Oregon, are seeking to have that new bureau regulate marijuana as it does alcohol. States and municipalities could still choose to prohibit marijuana production, and it would still be illegal to transport marijuana to a state where it is prohibited.

The proposed legislation is among Polis’ many attempts to help an industry made legal by Colorado voters but still illegal in the eyes of federal law.

In 2011 during the last Congress, Polis introduced a law to allow banks to carry business accounts of medicinal marijuana distributors and not face federal prosecution.

That bill never got a vote.

“We get the DEA out of banning marijuana federally, and we allow states to choose if they want it to be legal or illegal,” Polis said Tuesday. “We don’t want the whole industry and trade to be subject to who the president is and whatever their whims are in a given day.”

In addition to Polis’ Ending the Marijuana Prohibition Act, Blumenauer introduced a tax-equity proposal that imposes a 50 percent excise tax on the first sale of marijuana, from the producer to the next stage of production. It also would add additional tax provisions that.

Marijuana is classified as an illegal substance under federal law, but the Obama administration has chosen not to prosecute medicinal marijuana distributors in Colorado and 18 other jurisdictions across the country. For the past four years, an industry has blossomed.