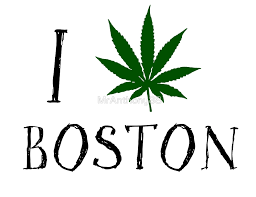 The November ballot referendum that legalized marijuana for medical use in Massachusetts required that regulations be issued by May 1 to implement the law, but state health officials say the complexity of the issue has proven so daunting that they are unlikely to complete final rules by that deadline.

The referendum left dozens of ­crucial details to be decided by regulators, including the ailments for which patients could use marijuana, whether permits should have an expiration date, and whether dispensaries that sell marijuana brownies should be inspected like restaurants.

“We have to be conscious of balancing the needs of patients with the very real potential for unintended consequences that can come with this kind of program,” Dr. Lauren Smith, interim public health commissioner, said in an interview.

Smith said she wants regulations crafted to minimize the risk of marijuana becoming widely available for recreational use, especially by teenagers.

Some studies have shown that rates of marijuana use among young people have increased in states that have allowed use of marijuana for ­medicinal use.

She said her department is talking to health leaders in many of the other 17 states that have legalized medical marijuana to learn what has worked and what has not.

The department is also gathering comments from the public, doctors, local governments, and other interest groups.

Public health officials ­believe that the law gives them some leeway on the timing of regulations, because they are broadly interpreting the word “issue” to mean that rules must be proposed by May, but not necessarily adopted.

“We are going to have the ­final regulations done as close to May as possible,” Smith said. She declined to say when she thought final rules would be in place.

Supporters of medical marijuana said any delay is unjustified and would cause patients to suffer needlessly.

“The existing timeline allows the state sufficient time to implement the law so patients get the medicine they need, communities are safe and ­secure, and the will of over 63 percent of the voters is followed,” Matt Allen, executive director of the Massachusetts Patient Advocacy Alliance, said in an e-mail.

The law went into effect Jan. 1, so patients can already get a certification from their doctor that would allow them to use and grow a limited amount of marijuana for their own medical needs, but no marijuana dispensaries can open yet.

Meanwhile, state lawmakers, who say they have been inundated by voters worried about public safety and health concerns, have filed a flurry of proposals to change the law, which was passed easily by voters. One bill would delay the law’s effective date to Sept. 1, giving health officials until the end of the year to finalize regulations. And a growing number of municipalities have passed zoning rules seeking to ban medical marijuana dispensaries in their communities.

It is not clear that the law would allow communities to entirely ban the dispensaries, but some of the legislative proposals would give communities the right to prohibit the facilities near schools, churches, and municipal buildings.

With mounting community opposition to marijuana dispensaries, Senator John F. Keenan of Quincy has proposed an unusual compromise. ­Instead of the 35 storefront ­operations statewide envisioned in the referendum, Keenan’s bill suggests there be no more than 10 secure warehouse-­type centers to fill patient orders via courier.

He said the proposal would address community concerns about higher crime rates reported around retail marijuana dispensaries in other states.

It would also eliminate the need to ­allow disabled patients to grow their own marijuana, he said, ­because transportation would not be an issue in a courier-run system.

“It will make marijuana available to those with debilitating conditions,” Keenan said.

Smith, the interim health commissioner, said the warehouse idea is intriguing, but added that her department is still studying Keenan’s bill, which includes several other proposals.

It would, for instance, ­require that identification cards needed to purchase marijuana expire one year after they are ­issued by the state.

That provision addresses one of the many concerns of the Massachusetts Medical Society, the state’s largest physician trade group, which recently met with state health officials to outline physician suggestions for the pending regulations.

Bill Ryder, the society’s legislative and regulatory counsel, said prescriptions for other types of medications typically run 30 or 60 days and no longer than one year, so cards allowing patients to buy medicinal marijuana should similarly have to be renewed after one year if the patient still needs marijuana.

“Even if it’s something like cancer — presumably some of these patients go into remission — but does their certification last in perpetuity?” Ryder said.

One of the association’s recommendations would require marijuana dispensaries to get approval from local health depart­ments for any food products, such as medical marijuana brownies and lozenges, which are envisioned for patients who are ­unable to smoke.

“We want to makes sure all the appropriate local procedures and processes that are in place are honored by the depart­ment,” Beckwith said.

States that have legalized dispensaries have run into problems with edible marijuana products, said a 2011 report by the US ­Substance Abuse and Mental Health Services Administration, which met with leaders from 15 states to record their experiences with medical marijuana.

“They are often dispensed without FDA or health department oversight or without quality control systems in place to identify who made the items, when they were made, or how they were made,” the report said.

It noted that some states have encountered instances in which edible products were found to be contaminated by mold or “other potentially harmful ingredients.”

Even in states that have had laws on the books for years, new issues are arising. In California, where medical marijuana has been legal since 1996, two cities faced lawsuits from several disabled residents who said that more recent local bans on marijuana dispensaries hampered their ability to use the service, violating the Americans with Disabilities Act. But a federal appeals court has ruled that the act does not protect the rights of disabled ­patients to use medical marijuana, even when prescribed by a doctor.

Fearing similar challenges in Massachusetts, Representative Cleon Turner, a Dennis Democrat, has filed four bills that, he says, will protect the rights of cities, towns, and property owners who prohibit medical marijuana smoking in public and private places, such as apartments and parks, that ­already ban tobacco smoke.

“It is unfair to cities and towns and private property owners to leave these obvious issues unclear and have them face the costs of litigation,” said Turner, a lawyer and former Dennis police officer and selectman.

The experience of some other states also suggests that, it may be some time before the first dispensary opens its doors.

In New Jersey, where the Legislature approved a law in January 2010, the first dispensary did not open until nearly three years later, in December 2012.