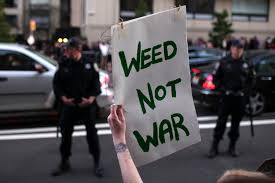 A U.S. appeals court has rejected a petition to reclassify marijuana from its current status as a dangerous drug with no accepted medical use.

The appeals court panel Tuesday turned away the bid from a medical marijuana group, Americans for Safe Access.

In 2011, the Drug Enforcement Administration rejected a petition by medical marijuana advocates to change the classification.

The court said that the question wasn’t whether marijuana could have some medical benefits, but rather whether the DEA’s decision was “arbitrary and capricious.” The court concluded that the DEA action survives review under that standard.

Marijuana is classified as a controlled substance, categorized as having a high potential for abuse and no currently accepted medical use, together with drugs like heroin, LSD and ecstasy.