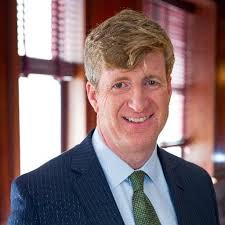 Jan 5 (Reuters) – Retired Rhode Island Congressman Patrick Kennedy is taking aim at what he sees as knee-jerk support for marijuana legalization among his fellow liberals, in a project that carries special meaning for the self-confessed former Oxycontin addict.

Kennedy, 45, a Democrat and younger son of the late “Lion of the Senate” Edward M. Kennedy of Massachusetts, is leading a group called Project SAM (Smart Approaches to Marijuana) that opposes legalization and seeks to rise above America’s culture war over pot with its images of long-haired hippies battling law-and-order conservatives.

Project proposals include increased funding for mental health courts and treatment of drug dependency, so those caught using marijuana might avoid incarceration, get help and potentially have their criminal records cleared.

Kennedy wants cancer patients and others with serious illnesses to be able to obtain drugs with cannabinoids, but in a more regulated way that could involve the U.S. Food and Drug Administration playing a larger role.

The eight-term former congressman from Rhode Island and the group he chairs will put forth their plan on Wednesday with a media appearance in Denver.

Their efforts follow the November election that saw voters in Washington state and Colorado become the first in the nation to approve measures to tax and regulate pot sales for recreational use. Kennedy’s group is seeking to shift the debate and reclaim momentum for the anti-legalization movement, in part by proposing new solutions with appeal to liberals, such as taking a public health approach to combat marijuana use.

Legalization backers have argued that the so-called War on Drugs launched in 1971 by former President Richard Nixon has failed to stem marijuana use, and has instead saddled otherwise law-abiding pot smokers with criminal records that may block their avenues to landing a successful job.

Kennedy faults the U.S. government for allocating too much of its $25 billion drug control budget to law enforcement rather than to treatment and prevention.

“Yes, the drug war has been a failure, but let’s look at the science and let’s look at what works. And let’s not just throw out the baby with the bathwater,” Kennedy, who served in the U.S. House of Representatives from 1995 to 2011, said in a telephone interview.

The U.S. Department of Justice is still developing a policy in regard to the new state legalization measures.

President Barack Obama said in an interview with ABC News last month that it did not make sense for the federal government to “focus on recreational drug users in a state that has already said that, under state law, that’s legal.”

Conservative political commentator David Frum, a speech writer for former President George W. Bush, is also a board member on Project SAM, which lends it a bipartisan flavor.

For his part, Kennedy is aiming many of his arguments toward liberals like himself. Polls show Democrats largely favoring legalizing marijuana, and among the 18 states that allow medical marijuana, several are in the West and Northeast and are heavily Democratic.

“The fact is people are afraid on the (political) left to look like they’re not for an alternative to incarceration and criminalization, and they’re afraid they’re not going to look sympathetic to a cancer patient” who might use marijuana, Kennedy said. As a result, he said the legalization position mistakenly comes to be seen as “glamorous.”

Kennedy admits to having smoked pot but also said that, as an asthma sufferer, he “found other ways to get high.”

In 2006, he crashed his car into a security barrier in Washington, D.C., and soon after sought treatment for drug dependency. He said he was addicted to the pain reliever Oxycontin at that time and suffered from alcoholism. He added that he has been continuously sober for nearly two years.

Kennedy, who was married for the first time in 2011, said he worries his 8-month-old son might be predisposed to drug abuse – due to a kind of genetic “trigger” – and that is part of his fight against legalization.

He also said he wants to “reduce the environmental factors that pull that trigger,” such as marijuana use being commonly accepted.

Meanwhile, another prominent figure from Rhode Island, the newly crowned Miss Universe Olivia Culpo, is making waves by also objecting to legalization. She told Fox News this week there are “too many bad habits that go with the drug.”

In Washington state, Alison Holcomb was campaign director for the legalization measure, which billed itself as having a public health element to help people dependent on marijuana.

The measure, which is not set to go into full effect until after state regulators spend most of 2013 setting guidelines, would allow adults 21 and older to buy marijuana at special stores.

Holcomb argued that drug dependency courts are more geared toward users of hardcore drugs, and that the approach her group put forward is the sensible one.

“I don’t know what a public health approach without legalization looks like, if you’re still arresting people,” she said.

Taxes on marijuana sales would generate, at the high end of estimates, over $500 million a year with $67 million of that going to a state agency that provides drug treatment, said Mark Cooke, policy adviser for the American Civil Liberties Union of Washington state, which supported the campaign.

Also included in the tax revenue would be $44 million for education and public health campaigns – including a phone line for people wanting to quit using marijuana, Cooke said. (Reporting by Alex Dobuzinskis; Editing by Daniel Trotta and Gunna Dickson)