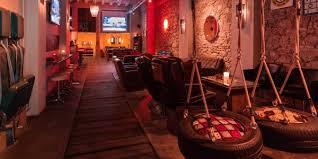 It was marijuana instead of champagne this year for some New Year’s Eve revelers in Colorado, who lit up in private smoking clubs allowed for the first time under the state’s new pot laws.

In Denver, people filled out an online application and paid a $30 fee to become part of Club 64, a private marijuana club named after the new pot law, Amendment 64. Members were advised of a private location in downtown Denver where they could attend a New Year’s Eve party with other smokers.

“It went really well,” said Robert Corry, an attorney who serves as general counsel for the group and helped shape the language of Amendment 64. “We rented out a retail shop for the evening. We had a DJ, music, some dancing, there was a bar and people brought alcohol, people brought food. It was a very warm, fun, happy evening.”

Corry said that the idea for a members-only club had been in the works for years, and that Amendment 64 had been crafted specifically to allow for groups of private smokers. The initial gathering drew hundreds of interested smokers, Corry said.

“We’re going to be getting together for periodic meetings and looking for a more permanent home. We hope to settle into a more stable spot in the future,” he said. “We have a couple of hundred members at least, judging by last night. We’re emerging from the shadows of prohibition, so there’s’ a lot of pent-up demand and interest.”

Corry said he hoped the group would eventually have a space that functioned like a bar, with a food and drink menu. For now, smokers bring their own pot to the party. Under Colorado law, individuals may now possess up to one ounce of marijuana and grow six marijuana plants. They are allowed to smoke in private places only, not in public.

The law passed by Colorado voters in November mandated that in 2013, the state legislature would establish laws governing the licensing and selling of marijuana commercially. Since it is still against federal law to sell or possess marijuana, no businesses in the state are selling pot yet, he said. Corry said he hopes that eventually, Club 64 will be able to do so.

Across the state, in Del Norte, business owner Paul Lovato invited friends and acquaintances to the White Horse Inn, a coffee shop he is building, where he said he hopes people will be allowed to smoke privately.

“I got (my permit) yesterday at nine in the morning, so I didn’t have time to go in and really build anything, so I said, ‘Hey, I have it, come on in, I’m open for business,'” Lovato said. “I invited people to come in and smoke, to basically be in a private location and smoke under Amendment 64. It was basically a gathering, with people smoking and enjoying their legal right to smoke.”

He said a dozen people from the rural area around the inn showed up to celebrate, though he expects larger crowds once the shop is officially open.

Lovato said his goal is to operate a coffee shop that sells T-shirts, bumper stickers, and other pot-related gifts in one building on his property. In another building, he will offer a “smoking den” area with booths where guests can drink good coffee and smoke marijuana that they bring with them.

“The White Horse Inn is not a hash bar that sells or distributes marijuana,” he said. “It’s an Amendment 64-themed gift shop and coffee shop. There’s no distribution.”

Lovato said that local officials had expressed some concern about the White Horse Inn’s gathering, and that he hoped to meet with officials soon to discuss plans for the inn’s official opening, scheduled for April 20.

Though he and other groups and businesses may still be figuring out how to operate under Colorado’s new marijuana laws, Robert Corry said he is thrilled that his work toward legalized smoking has been successful.

“The feeling was one of joy, really,” he said. “This is what a lot of us in this state have been working for for the past decade. It was a real relief that we can finally get to this point.”

“It was nice to exercise our freedom and celebrate a little bit. That’s really what it’s about. For us, we enjoy marijuana, but for me, it’s so much more, it’s about freedom, and it felt pretty free last night,” he said.