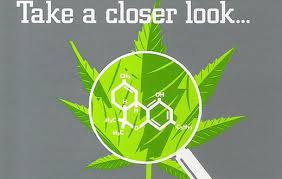 Studying Marijuana and Its Loftier Purpose

SAFED, Israel — Among the rows of plants growing at a government-approved medical marijuana farm in the Galilee hills in northern Israel, one strain is said to have the strongest psychoactive effect of any cannabis in the world. Another, rich in anti-inflammatory properties, will not get you high at all.
Marijuana is illegal in Israel, but farms like this one, at a secret location near the city of Safed, are at the cutting edge of the debate on the legality, benefits and risks of medicinal cannabis. Its staff members wear white lab coats, its growing facilities are fitted with state-of-the-art equipment for controlling light and humidity, and its grounds are protected by security cameras and guards.

But in addition to the high-tech atmosphere, there is a spiritual one. The plantation, Israel’s largest and most established medical marijuana farm — and now a thriving commercial enterprise — is imbued with a higher sense of purpose, reflected by the aura of Safed, an age-old center of Jewish mysticism, as well as by its name, Tikkun Olam, a reference to the Jewish concept of repairing or healing the world.

There is an on-site synagogue in a trailer, a sweet aroma of freshly harvested cannabis that infuses the atmosphere and, halfway up a wooded hillside overlooking the farm, a blue-domed tomb of a rabbinic sage and his wife.

In the United States, medical marijuana programs exist in 18 states but remain illegal under federal law. In Israel, the law defines marijuana as an illegal and dangerous drug, and there is still no legislation regulating its use for medicinal purposes.

Yet Israel’s Ministry of Health issues special licenses that allow thousands of patients to receive medical marijuana, and some government officials are now promoting the country’s advances in the field as an example of its pioneering and innovation.

“I hope we will overcome the legal obstacles for Tikkun Olam and other companies,” Yuli Edelstein, the minister of public diplomacy and diaspora affairs, told journalists during a recent government-sponsored tour of the farm, part of Israel’s effort to brand itself as something beyond a conflict zone. In addition to helping the sick, he said, the effort “could be helpful for explaining what we are about in this country.”

Israelis have been at the vanguard of research into the medicinal properties of cannabis for decades.

In the 1960s, Prof. Raphael Mechoulam and his colleague Yechiel Gaoni at the Weizmann Institute of Science isolated, analyzed and synthesized the main psychoactive ingredient in the cannabis plant, tetrahydrocannabinol, or THC. Later, Professor Mechoulam deciphered the cannabinoids native to the brain. Ruth Gallily, a professor emerita of immunology at the Hebrew University of Jerusalem, has studied another main constituent of cannabis — cannabidiol, or CBD — considered a powerful anti-inflammatory and anti-anxiety agent.

When Zach Klein, a former filmmaker, made a documentary on medical marijuana that was broadcast on Israeli television in 2009, about 400 Israelis were licensed to receive the substance. Today, the number has risen to about 11,000.

Mr. Klein became devoted to the subject and went to work for Tikkun Olam in research and development. “Cannabis was used as medicine for centuries,” he said. “Now science is telling us how it works.”

Israeli researchers say cannabis can be beneficial for a variety of illnesses and conditions, from helping cancer patients relieve pain and ease loss of appetite to improving the quality of life for people with post-traumatic stress disorder and neuropsychological conditions. The natural ingredients in the plant, they say, can help with digestive function, infections and recovery after a heart attack.

The marijuana harvest, from plants that can grow over six feet tall, is processed into bags of flowers and ready-rolled cigarettes. There are also cannabis-laced cakes, cookies, candy, gum, honey, ointments and oil drops. The strain known as Eran Almog, which has the highest concentration of THC, is recommended for severe pain. Avidekel, a strain rich in CBD and with hardly any psychoactive ingredient, allows patients to benefit from the drug while being able to drive and to function at work.

Working with Hebrew University researchers, the farm has also developed a version in capsule form, which would make exporting the drug more practical, should the law allow it.

Professor Mechoulam, now 82, said in an interview that he had been urging producers over the years to grow cannabis with less THC and more CBD, something in which nonmedical marijuana growers had little interest. He said what Tikkun Olam had done was not great science but “a very practical development.”

In Israel, he said, research in the field is “definitely a work in progress,” and he cautioned, “Science is not a 100-meters Olympic race; it is not who is first on the line that is important.”
The real advances, he said, are being made not on farms but in laboratories around the world, including in the United States and Europe. The professor, who collaborates with many teams abroad, said that chances were that in the next few years well-defined mixtures of the compounds, refined into something more like a medical drug, would replace today’s medicinal marijuana.
In the meantime, he said, offering products with different levels of key ingredients, as Tikkun Olam does, “is going towards personalized medicine.”

Yet experts say that many medical professionals in Israel remain skeptical and are reluctant to encourage patients to use marijuana, be it because of conservatism or a lack of knowledge about its potential benefits. Obtaining a personal-use license from the Health Ministry for a patient requires a special effort by doctors and can take more time than some patients have.

Yuval Tuby Zolotov, who works at Tikkun Olam’s small dispensary and instruction center in Tel Aviv, said that the license for his mother, who died of cancer three years ago, was finally approved as the family sat shiva, the traditional weeklong mourning period, after her death.

Still, there are stories of transformation. Of children whose pain dissolved with a cannabis candy. Or of the Hadarim retirement home at Kibbutz Naan in central Israel, where one of the residents began taking marijuana several years ago and started a trend.

“A few years ago, we found we had lost the way,” said Inbal Sikorin, the chief nurse at Hadarim. “We had learned to prolong life, but without quality.” The residents became part of a project, with Tikkun Olam, to test the broader use of marijuana, Ms. Sikorin said. As a result, she said, the feeding tubes are gone and the residents are much less restless.

“It was as if there were divine intervention,” she said.

In a story the mystics of Safed would appreciate, Ms. Sikorin related the case of a 97-year-old Holocaust survivor at the home whose hands and forearms had long been frozen in an upward, twisted position. After taking medical cannabis, the nurse said, she joined a tai chi class.