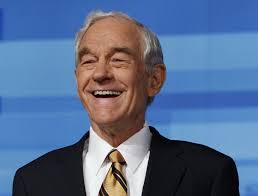 A recent national poll concluded that 43 percent of Americans believe unemployment and job creation is the most important issue facing our country. So it’s no surprise that Republicans and Democrats in Washington claim to be big supporters of creating jobs.

But the truth is D.C. policy-makers on both sides of the aisle stifle jobs and opportunity with regulations and policies that hurt our work force. And often, it flies in the face of common sense. The perfect example of this is the debate over industrial hemp.

Prior to World War II, Kentucky led the nation in providing 94 percent of all industrialized hemp. However, it was outlawed under an umbrella law that made marijuana illegal. This was simply because they are in the same botanical family and look similar.

But there are major differences in the two plants. Marijuana is made up of 20 percent tetrohydrocannabinol (THC), the mind-altering chemical, while industrial hemp plants contain less than 0.3 percent.

Yet, you can buy and consume food containing poppy seeds, as thousands of Americans do each day, without experiencing the narcotic effects the rest of its plant is harvested for.

This presents some challenges for law enforcement. But we can address those challenges. And we can return to growing and producing hemp in Kentucky. And in the process, create jobs and opportunity here.

Let me share an example of the economic potential for industrial hemp.

Dr. Bronner’s Magic Soaps is based in California and sells products made from hemp plants. David Bronner, the company’s CEO, says it grossed over $50 million in sales this past year. But since the production of industrial hemp is outlawed in America, the company must import 100 percent of the hemp used in their products from other countries.

The company sends hundreds of thousands of U.S. dollars every year to other countries because American farmers are not allowed to grow this plant. The U.S. is the only industrialized nation in the world that does not allow the legal growth of hemp.

Today, hemp products are sold around the U.S. in forms of paper, cosmetics, lotions, auto parts, clothes, cattle feed and so much more. If we were to start using hemp plants again for paper, we could ultimately replace using trees as the main source for our paper supply.

One acre of industrial hemp plants can grow around 15,000 pounds of green hemp in about 110 days. For every ton of hemp converted into paper, we could save 12 trees. It is a renewable, sustainable, environmentally conscious crop.

Back in August, I stood alongside Kentucky Agriculture Commissioner James Comer and a bipartisan group of legislators and promised Kentuckians that I would join the fight to allow the growth and production of industrial hemp. Comer stated that day that the soil and the climate in Kentucky are perfect for the growth of hemp, and that could ultimately allow the commonwealth to be the nation’s top producer.

Recently, Comer revived the long-dormant Kentucky Hemp Commission by calling its first meeting in more than 10 years. This took real leadership and I applaud him for his action. To help get the ball rolling and show our commitment, Bronner wrote a $50,000 check to the commission and I have pledged to match that donation from my personal political action committee.

While Comer and the commission work to address this issue in Kentucky, I have co-sponsored legislation in the U.S. Senate that would require the federal government to honor state laws allowing production of industrial hemp and would exclude industrial hemp from the definition of marijuana.

My vision for the farmers and manufacturers of Kentucky is to see us start growing hemp, creating jobs and leading the nation in this industry again. These jobs will be ripe for the taking, and I want the farmers in Kentucky to be the first in line.