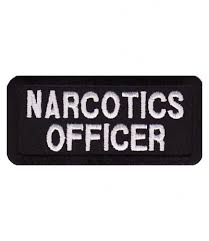 San Francisco police Capt. Greg Corrales strolled down a dirt path in Golden Gate Park looking for someone to arrest.

Corrales, 64, had left his uniform at the police station, a few blocks from Haight Street. Today, he wore a pair of black jeans, a Giants cap and a jersey that read, “Grumpy.”

He headed for Alvord Lake, a manmade pond near Hippie Hill, and spotted a group of ragged young men. As he drew close, one looked at him and brought a closed finger and thumb to his puckered lips.

The undercover captain said he wanted $20 worth of marijuana, pocketed his purchase and disappeared into the park. Moments later, a team of officers swooped in to arrest the unsuspecting seller.

The police operation was one of 50 undercover busts Corrales has led since transferring to the Haight-Ashbury district in June to lead a crackdown on street-level marijuana dealing.

To many residents, the arrests are a welcome relief in a neighborhood struggling with aggressive vagrants and dealers. In the district that was the birthplace of the hippie revolution, police are jailing suspects for amounts of marijuana that, in a possession case, would amount to a $100 ticket.

“The people of San Francisco have voted repeatedly they don’t want marijuana laws enforced,” said Dennis Peron, a longtime medical marijuana activist who moved to San Francisco during the heyday of the hippies. “It’s a waste of time.”

Corrales, a former head of the narcotics division, is employing a tactic most commonly used to combat street sales of drugs such as heroin and cocaine. In buy-bust operations, an undercover officer poses as a customer and buys drugs from an individual he or she suspects of dealing.
In the Haight, Corrales conducted the first six himself.

Some of the operations have netted repeat offenders, including several suspects with guns or outstanding warrants. But most of the suspects carried small amounts of marijuana. Some had medical marijuana ID cards.

Many visitors to the Haight expect to be immersed in the marijuana culture; some sample it themselves. The low-level dealing has contributed to a vibrant tourism industry that memorializes the Haight as the birthplace of the hippie revolution during the “Summer of Love” in 1967. It was a time when the district attracted rock stars like Janis Joplin and the Grateful Dead, filling the otherwise poor and dilapidated district with thousands of young people. They embraced communal living and free love. LSD and marijuana were staples.

After the counterculture waned, the Haight-Ashbury emptied. Stores and homes were boarded up. Dealers and users arrived who were less a paean to the hippie revolution than a testament to the ugly, destructive nature of hard drugs.

Ted Loewenberg, president of the Haight Ashbury Improvement Association, moved into the neighborhood with his wife in 1989, in the midst of a crack epidemic. At the time, he said, the violent drug trade was flourishing.

“I got to see the everyday reality of what the drug culture did to people,” he said.

In an effort to wrest control of the neighborhood, Loewenberg and about 30 others formed a group called RAD – Residents Against Druggies. A few nights a week, the members armed themselves with two-way radios and notebooks and walked the streets, looking for buyers and dealers.

“If we saw someone we suspected of buying, we would circle around them and just make them so uncomfortable they didn’t want to buy,” recalled Susan Strolis, a waitress who moved to the neighborhood in 1985.

“If we saw a deal going on, we would all post up with our backs against the walls and write down our observations. If we felt unsafe, we radioed someone who was at home by the phone,” she said. “That was our way of sending a message instead of being confrontational.”

As the Haight residents railed against drugs, the city began an effort to decriminalize marijuana. In 1991, San Francisco voters passed Proposition P, urging the state to legalize medical marijuana. In 1992, the Board of Supervisors passed a resolution urging police and the district attorney to deprioritize the crime of possessing or growing marijuana for medical use. That same year, Peron, the medical marijuana rights activist, opened the country’s first dispensary, the Cannabis Buyers’ Club.

Corrales, a former Marine, had made a name for himself as a young undercover officer in the 1970s. His specialty was buy-bust operations targeting heroin dealers in the city’s housing projects.

Newspaper articles at the time chronicled his exploits. During one notorious bust, he crashed through the window of a suspected dealer’s apartment in a Superman T-shirt. On another occasion, he fired his gun into the air after leaving a bar near police headquarters. Later, he smashed up his patrol car while making an illegal U-turn on the Golden Gate Bridge. He racked up hundreds of citizen complaints.

But by 1994, he was a captain and led the narcotics division. (Under his command was Greg Suhr, then a sergeant and now chief of police.) Corrales said he couldn’t ignore Peron.

“He got so brazen, he went on the television show ‘Hard Copy.’ They had a segment with him showing the reporters around,” Corrales recalled. “He was a marijuana dealer.”

Peron was leading the statewide campaign for Proposition 215, a measure to legalize medical marijuana. Corrales and his undercover investigators came up with evidence that Peron was selling marijuana to customers who were not ill. But when the police department brought its case to then-District Attorney Terence Hallinan, he refused to prosecute.

By then, Hallinan had visited Peron’s medical marijuana club. “I thought it was great,” he recalled. “There were people there with AIDS. Everyone had company and friends. It didn’t make sense to me to go raiding that. So they went around me.”

In the Haight, many merchants and residents now clamor for Corrales’ aggressive strategies.

Loewenberg, the improvement association president, said the neighborhood’s increasing opposition to marijuana dealers reflects just how much the Haight – and San Francisco – have changed.

Tourism and higher income levels have attracted new homeowners, high-priced boutiques, chain stores and a Whole Foods Market. Residents complain about hostile dogs, excrement and trash on their front steps, and panhandlers so aggressive that parents hesitate to walk their children to the park.

To reduce panhandling, the neighborhood led a successful campaign in 2010 to outlaw sitting and lying on city sidewalks. After residents testified en masse at a police commission meeting earlier this year, an impatient Chief Suhr ordered a buy-bust team into the district. Then he replaced the district’s captain with Corrales.

Since landing in the Haight, Corrales has put his narcotics training to good use. Although the number of buy-bust operations this year has decreased citywide, the number in the Haight has tripled.

One of the first to be swept up in the crackdown was 25-year-old Michael Fulmore, a self-described stoner with a medical marijuana identification card that permits him to possess weed.

On the day of his arrest in March, Fulmore recalled wearing a gray V-neck sweater over a button-down shirt. He was living with his aunt in the Haight and contemplating joining the Army. But without a job, he felt drawn to the vagrants in Golden Gate Park. With weed in hand, Fulmore found it easy to make friends and avoid his messy life.

That Saturday evening, Fulmore was about to step off the curb in front of Ben & Jerry’s at the corner of Haight and Ashbury streets when a petite young woman in a ponytail and sweatshirt walked up to him.

“Do you know where I can find some weed?” she asked, according to the arrest report.

According to the arrest report, Fulmore led the woman a few steps up Ashbury and took a cigarette pack out of his front pocket. He picked out some loose leaves and put them in her hand. She quickly gave him a $20 bill and walked away. Moments later, Fulmore was surrounded by police.

He was arrested and spent six days in jail. He now faces felony charges of selling marijuana and possession with intent to sell.

“I was just being a nice guy, trying to help her out,” Fulmore said during an interview at his public defender’s office. “I put it in her hand and then when I looked up, there was money there. So I took it. I could see if it was crack cocaine or something harsh like meth. But this is pot – a gram of weed. It’s, like, a ticket, not a felony.”

Corrales has no qualms about the buy-bust operations. He said the lack of enforcement had created an environment where dealers felt comfortable approaching anybody. Now, he said, the dealers are less aggressive.

“When I first went out there, they were careless,” he said. “I probably could have bought marijuana in a suit and tie because there had been no enforcement, so nobody was paranoid. Now they’re more careful.”

In particular, Corrales said he has seen fewer dealers near Alvord Lake.

He was still wearing his “Grumpy” shirt on that day in June when he returned to the lake 45 minutes after his first buy-bust. He approached the same group of young men and asked, “Got anything?”

“Not for you, we don’t,” one replied. The captain heard him mutter “pig” under his breath.

“Calm down,” the young man sputtered. “We gotta be careful. Our buddy just got busted. How much do you want?”

Corrales walked away with another $20 worth of marijuana. And his officers made their second buy-bust arrest of the day.