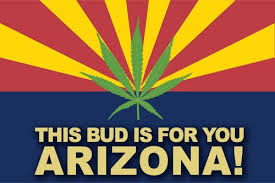 PHOENIX – Arizona’s 2-year-old medical marijuana law is legal and is not preempted by federal law, a trial judge ruled Tuesday.

In his decision, Gordon pointed out 18 states and the District of Columbia already have laws permitting some form of legal marijuana use. And the judge said he wasn’t about to declare Arizona’s own version invalid.

“This court will not rule that Arizona, having sided with the ever-growing minority of states and having limited it to medical use, has violated public policy,” he wrote.

Most immediately, the decision should pave the way for a planned dispensary in Sun City to get the paperwork it needs to open. But the broad scope of the ruling, unless overturned, provides legal grounds for the state going ahead with plans to license more than 100 dispensaries around the state.

Both Horne and Montgomery vow to appeal.

Gordon acknowledged Congress enacted the Controlled Substances Act to combat drug abuse and to control the legitimate and illegitimate traffic of drugs. That law classifies marijuana as a Schedule 1 drug for which there is no legitimate medical use.

And the judge agreed the 2010 initiative allowing the medical use of marijuana reflects “a very narrow but different policy choice” about the drug. But he said the fact Arizona has a different view of the drug does not conflict with or illegally undermine the federal law: Federal agents remain free to arrest Arizonans who violate federal law.

Horne said that misses the point.

He said Arizona could decriminalize the possession of marijuana entirely, similar to what voters just approved in Washington and Colorado. That would leave it up to federal agents to decide if they want to charge anyone with violating the Controlled Substances Act.

But in this case, though, Horne said the state is actually authorizing the sale of marijuana.

“A state cannot authorize what the federal government prohibits,” he said.

Gordon acknowledged that ruling, but said he sees no conflict. He said what voters approved in Arizona actually could be interpreted to support the goals of Congress in combating drug abuse.

“The Arizona statute requires a physician to review a patient’s medical circumstances prior to authorization of its use,” he said. Those without a card remain subject to arrest under state law.

The 2010 initiative says people with certain medical conditions, and a doctor’s recommendation, can get a state-issued identification card allowing them to obtain up to 2 1/2 ounces of marijuana every two weeks. The most recent figures show more than 33,600 recommendation applications have been approved.

That law also envisions a network of up to 125 state-licensed dispensaries to grow and sell the drug to cardholders and their caregivers.

The state has given final approval to two dispensaries, one in Tucson and one in Glendale, though neither has opened its doors.

But the owners of White Mountain Health Center ran into a problem in Sun City: The health department requires that anyone seeking a dispensary permit must provide documentation that the site is properly zoned and Maricopa County officials, acting under Montgomery’s advice, refused to provide the necessary letter.

Dispensary owners sued, asking Gordon to order the county to issue the letter.

The case before Gordon dealt solely with the license to operate a dispensary and had nothing to do with the ability of state workers to issue the ID cards to medical marijuana users. But Montgomery has said he believes that, too, violates federal law and intends to try to have those declared illegal – if he can get this ruling overturned.