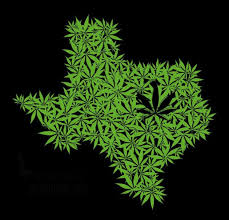 Advocates of legalizing marijuana in Texas say they are optimistic that their message will begin to catch on with Texas voters after Colorado and Washington state voted Nov. 6 to approve legalizing the possession of small amounts of marijuana for recreational use.

“We’re encouraged and more convinced than ever that we will eventually prevail,” said David Sloane, a spokesman for DFW Norml, a North Texas group that promotes marijuana legalization. “Prohibition is far more harmful to our communities than marijuana ever will be, and taxpayers are sick of their money being used to support failed drug war policy.”

The idea that the marijuana laws should be changed still meets stiff resistance, said Howard Wooldridge, an advocate for LEAP (Law Enforcement Against Prohibition).

Wooldridge, a former Keller resident who lives in Washington, D.C., helped found LEAP in 2003. Wooldridge said he expects other states to move forward with ballot initiatives to legalize marijuana during the next election cycle.

A former police officer who worked in Michigan for more than 18 years, Woolridge said some police officers believe continued marijuana prohibition takes resources away from pursuing dangerous criminals while helping fuel a growing drug war south of the border.

But not many officers are willing to put their careers at risk by saying that on the record, Wooldridge said.

“You have powerful money trying to keep things the way they are,” Wooldridge said. “The strongest opponents are in the police and criminal justice industry.”

Sgt. Stephen Hall, president of the Fort Worth police officer’s association, said it is not the association’s job to take a position for or against marijuana legalization.

“I do not believe that law enforcement in Tarrant County opposes legalization for financial reasons,” Hall said. “This is a complex issue that weighs moral concerns, personal liberties and concerns about the impact legalization could have on illegal substance abuse in our community.”

John Haenes, chief operations officer for Tarrant County Challenge, said there would be human costs to legalizing marijuana, too. Even though people may have been swayed by arguments for legalization, those opinions are based on limited information, Haenes said.

“Legalization presents a number of risks. Marijuana has a profound effect on adolescent brain development, reaction time, decision making and those types of things. If you legalize marijuana, the usage rate will increase. Meanwhile, the funding to deal with these issues has been cut drastically during the past few years,” Haenes said.

Those risks are outweighed by legalization’s benefits, said Betty Aldworth, advocacy director for the Campaign to Regulate Marijuana Like Alcohol.

Colorado is expected to reap $48 million annually and $100 million after five years from taxing marijuana sales, Aldworth said. And the sale of medical marijuana is directly responsible for creating 6,000 new jobs in Colorado, she said.

Police in Colorado, who made more than 108,000 marijuana arrests during the past 10 years, can stop making those arrests and concentrate their energies on taking violent offenders off the streets, Aldworth said.