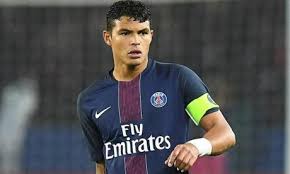 Coming off a submission win against Stanislav Nedkov in Macao, China, light heavyweight Thiago Silva has test positive for marijuana metabolites. Silva earned submission of the night honors at UFC on FUEL TV 6 with a third round arm triangle choke. His win over Nedkov has been changed to a no contest and Silva was suspended 6 months.

With the event overseas the UFC once again handled the testing and released a statement regarding Thiago Silva earlier today.

Thiago Silva tested positive for marijuana metabolites following his bout at UFC on FUEL TV in Macau. The UFC organization has a strict, consistent policy against the use of any illegal and/or performance-enhancing drugs, stimulants or masking agents.

Silva has admitted to taking the banned substance and has agreed to participate in an approved drug-rehabilitation program and serve a six-month suspension retroactive to the November 10 event. He must pass a drug test upon completion of the suspension before receiving clearance to fight again.

Silva (14-3, 2NC) was just two bouts removed from a one-year suspension after he falsified his urine sample for his UFC 125 win over Brandon Vera. That bout was also changed to a no contest making the Brazilian winless in his last four trips inside the Octagon. Since winning his first 13 bouts Silva has gone just 1-3 with 2 no contests and should feel extremely lucky to even still have a job.

Thiago Silva is the second fighter in the last month and a half to test positive for marijuana metabolites, following Dave Herman at UFC 153.