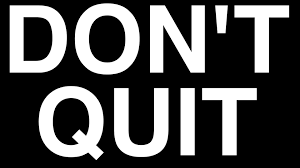 Defendant not ready to give up marijuana

A judge’s offer to allow a drug defendant the chance to stay out of prison if he’d give up marijuana might have just gone up in smoke.

Hamilton County Common Pleas Judge Melba Marsh says she was astonished by the response to her offer from 19-year-old Damaine Mitchell. The Cincinnati Enquirer reported Thursday she told Mitchell that instead of facing prison time for selling marijuana, he could agree to a drug treatment program, requiring him to stop smoking pot.

“That’s going to be a challenge,” Mitchell replied in court. “I like smoking weed. I have been smoking weed since I was like 10 years old.”

The judge offered to give him some time: maybe until Christmas, or New Year’s, even Easter?

Finally, he said he could try to quit, but made a request: “I know this is probably not the right question to ask: Can I get a little time (to) at least get one more joint in?”

The judge ruled quickly on that one.

“No. You can’t have one more joint for old time’s sake,” she said, saying she wasn’t expecting to get a request for government-sanctioned drug use in jail.

Mitchell was being held in jail on an unrelated trespassing charge. The judge ordered him to return to her court next week, after the other charge is dealt with, before she decides what to do with his case.