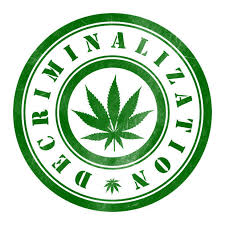 Proposals for legalization are likely in Massachusetts and Vermont in addition to Maine and Rhode Island.

PROVIDENCE, R.I. – Recent campaigns that made Colorado and Washington the first states in the U.S. to legalize recreational marijuana are energizing efforts to do the same in New England, with lawmakers in Rhode Island and Maine vowing to push legislation next year that would impose alcohol-style regulations and taxes on the plant.

Rhode Island Rep. Edith Ajello, D-Providence, said Thursday that the passage of legalization referendums in the two Western states are the latest indication that American attitudes toward marijuana are softening. She said the regulated sale of marijuana would eliminate the black market while raising an estimated $10 million in revenue for government coffers.

“Our prohibition has failed,” she said. “I think legalizing and taxing it, just as we did to alcohol, is the way to do it.”

Maine Rep. Diane Russell, D-Portland, said Wednesday that she also will propose legislation to legalize marijuana, and estimated that sales taxes on its purchase in Maine would raise $8 million.

Similar proposals are expected in Vermont and Massachusetts, and Robert Capecchi of the Marijuana Policy Project said the successful efforts in Washington and Colorado may represent a “tipping point” for legalization.

Eighteen states and the District of Columbia now have medical marijuana programs, and 16 states, including Rhode Island, have rescinded criminal penalties for adults who possess small quantities of the drug.

Voters in Washington and Colorado approved ballot questions last week that will authorize adults to possess up to an ounce of marijuana. Both states are holding off on crafting regulations for sale and taxation of marijuana while they await the response of the federal government, which classifies marijuana as an illegal drug but has often turned a blind eye to state medical marijuana programs.

The threat of federal drug raids will be a concern as long as there is a conflict between state and federal drug policy, Russell said. She noted that there are proposals in Congress that would prevent federal intervention in states that have legalized marijuana.

“The people are far ahead of the politicians on this,” Russell said. “Just in the past few weeks we’ve seen the culture shift dramatically.”

Russell’s first attempt at legalization in Maine was voted down in the House, 107-39, in June.

Ajello introduced legislation to legalize marijuana in Rhode Island in 2011 and again this year, but the bills never went to a vote. Instead, lawmakers voted to replace criminal penalties for adults caught with a small amount of pot with something more like a parking ticket.

When that law takes effect April 1, adults caught with an ounce or less of marijuana would face a $150 civil fine. Police would confiscate the marijuana, but the incident would not appear on a person’s criminal record. It will still be illegal to drive under the influence of marijuana, and minors caught with pot would have to complete a drug awareness program and community service.

The author of the decriminalization bill, state Rep. John Edwards, D-Tiverton, said he thinks Rhode Island should see how decriminalization works before it potentially picks a bigger fight with federal authorities over legalization.

One opponent of legalization said it would send the wrong message to children and increase the number of people driving while high. But Rhode Island state Rep. Joseph Trillo, R-Warwick, said he worries legalization may be inevitable.

“I’m hoping this goes nowhere,” he said. “But I think we’re getting closer and closer to doing this.”

Watson was only kinda drunk…..