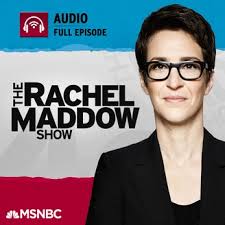 Leave it to Rachel Maddow to provide one of the most well-thought-out segments on the historic passage of ballot measures in Colorado and Washington that made marijuana for recreational use legal last week. She’s not the first to do so, but unlike so many other media reactions there was no snickering or giggling or talk of Cheetos and Goldfish from Maddow on the subject. Instead, she took a careful look at booze laws in various states and the end of alcohol prohibition — which she draws several parallels to regarding Colorado and Washington’s ending of marijuana prohibition in their states and the unknown drug policy world the United States has just entered into.

There has been much discussion about the federal response to marijuana legalization in Colorado and Washington: How do the feds intend to enforce marijuana laws? Will the federal government allow state marijuana markets to bloom? Will marijuana businesses be able to have bank accounts? And much, much more. But Maddow deftly points out that the same kind of questioning and general lack of sure-footing was also present when alcohol prohibition ended in 1933.

“When prohibition ended in 1933, Americans could legally buy and sell and drink booze for the first time in thirteen years,” Maddow says. “And people were obviously psyched when prohibition ended, but there was a lot of policy to figure out in terms of how the country would sell and regulate alcohol. Would cities do it? Would states do it? The federal government? Should you have to apply for a license to sell alcohol? How old should you have to be in order to drink alcohol?”

Sound familiar? It’s much of the same, if not entirely the same, questions that come up with marijuana legalization. Well, Maddow says that even the solution back in 1933 is similar to the solution that Colorado and Washington state voters approved last Tuesday.

“States came up with their own answers to those questions and the laws between the states — even all these decades later — are still really diverse.”

Maddow goes on to describe the various ways that states continue to regulate alcohol sales differently from one another and how the ballot initiatives in Colorado and Washington compare in their relation to regulating marijuana sales.

After a thoughtful history lesson, Maddow then speaks with Neill Franklin, executive director of marijuana reform group Law Enforcement Against Prohibition, who offers even further detail on the states’ roles in ending alcohol prohibition in 1933 and how similarities between then and now with marijuana.

And Maddow is right, the federal government’s enforcement intent on marijuana law remains unclear, now a week since Amendment 64 passed in Colorado and Initiative 502 passed in Washington. Attorney General Eric Holder, who was a vocal opponent of California’s legalization initiative in 2010 saying he would “vigorously enforce” federal marijuana prohibition, remained silent on the issue during the election cycle and has continued to remain silent now that Colorado and Washington have passed their measures.

Colorado Governor John Hickenlooper, who has been a vocal opponent of Amendment 64 but has said that he intends to respect the wishes of the voters, did have a phone call with U.S. Attorney General Eric Holder last week to discuss Colorado’s legalizing of marijuana and how the feds might respond, but the results of that call gave no clue as to whether or not the Department of Justice will sue to block the marijuana measures in Colorado and Washington, according to The Associated Press.

If the Obama administration does decide to crackdown on legalized marijuana in Colorado — where more people voted for marijuana legalization than for the president’s reelection — the administration could face some serious political fallout with much of the same population of the Centennial State that handed him Colorado on election night, namely: the left-leaning and youth voters who support pot’s legalization.

However many proponents of legalization say they don’t foresee federal agents interfering in states that have legalized cannabis, NBC News reported, citing the federal government’s silence on the issue this election cycle.

There is also the July report from GQ which stated that President Obama wants to “pivot” on the war on drugs during his second term. Marc Ambinder writes:

Don’t expect miracles. There is very little the president can do by himself. And pot-smokers shouldn’t expect the president to come out in favor of legalizing marijuana. But from his days as a state senator in Illinois, Obama has considered the Drug War to be a failure, a conflict that has exacerbated the problem of drug abuse, devastated entire communities, changed policing practices for the worse, and has led to a generation of young children, disproportionately black and minority, to grow up in dislocated homes, or in none at all.

Optimism about a second-term Obama administration that turns around its stance on marijuana might be difficult for some marijuana business owners who have seen the Department of Justice aggressively crack down on medical marijuana dispensaries in states like California and Colorado where hundreds of pot shops have been shuttered just since the beginning of 2012.