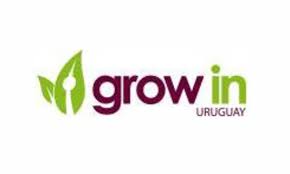 (Reuters) – Uruguayans will be able to grow marijuana at home or in clubs, but the state will be in charge of the trade from cultivation to sale under a government-led legalization bill presented in Congress on Wednesday.

The use of cannabis and other drugs is already legal in Uruguay, one of Latin America’s safest countries and a trailblazer on liberal lawmaking, but the sale and cultivation of drugs is not.

“The idea is to grant licenses for production, distribution, storage and for retail. We haven’t said whether that will be done by the private or public sector, the government will decide that,” said Sebastian Sabini, a ruling party lawmaker who heads a congressional committee on drugs and addiction.

The bill, which the government hopes will become law early next year, says the state will be responsible for managing and regulating the marijuana trade from cultivation to distribution.

Mujica’s allies control both houses of Congress so the bill is expected to pass despite resistance from opposition legislators. It would give Uruguay some of the world’s most permissive legislation on drugs.

Households will be allowed to have up to six plants, or as much as 480 grams (about 17 ounces) of marijuana, the bill presented for discussion by the congressional committee showed.

Cannabis consumers would be allowed to buy a maximum 40 grams each month under the bill, which also sets out regulations for smoking clubs with up to 15 members, 90 plants and annual production of up to 7.2 kilograms (15.8 pounds).

A National Cannabis Institute would be created to control the drug’s production and distribution, impose sanctions on rule-breakers and design educational policies to warn about the risks of marijuana consumption.

Some opponents have warned that Uruguay risks riling governments battling drug-related violence in the region, such as Colombia and Mexico, as well as the United States.

President Barack Obama said earlier this year that legalizing drugs would not do away with violent cartels and “could be just as corrupting, if not more corrupting than the status quo.”