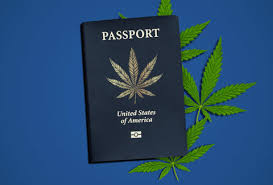 Marijuana tourism could become one of the premier tourist attractions alongside the great skiing in Colorado following the passing of the state’s Amendment 64, which legalized marijuana for personal growth and use.

The state legalized marijuana 54.7 percent to 45.2 percent through Amendment 64, which also puts into place a system of taxation and regulation similar to that on alcohol.

“The voters have spoken and we have to respect their will,” Colorado Governor John Hickenlooper. “This will be a complicated process, but we intend to follow through. That said, federal law still says marijuana is an illegal drug so don’t break out the Cheetos or gold fish too quickly.”

But some people feel that Americans will flock to Colorado in an attempt to get high legally, as a sort of marijuana tourism. Some people have already dubbed the state “Aspendam”– a play on Amsterdam, the Dutch city that features marijuana cafes.

Jennifer Rudolph, with the Colorado Ski Country USA, an organization that represents 21 Colorado ski resorts, said the are watching the situation closely.

“There’s a lot that remains to be seen,” she told the Associated Press. “I guess you could say we’re waiting for the smoke to clear.”

Betty Aldworth, advocacy director for the Colorado marijuana campaign, told the Associated Press that she hopes marijuana tourism becomes a big part of the state.

“Some folks might come to Colorado to enjoy some marijuana as will be their right,” she said. “So what?”

“Colorado’s brand will be damaged, and we may attract fewer conventions and see a decline in leisure travel,” he said in a statement.

But there already may be evidence that marijuana tourism can be a big draw.

“People travel to Seattle from other states and countries to attend Seattle Hempfest every year to experience the limited freedom that happens at the event,” executive director Vivian McPeak told the AP. “It’s reasonable to assume that people will travel to Washington assuming that the federal government doesn’t interfere.”

But whether or not marijuana tourism makes Colorado a destination spot, Al White, Colorado’s tourism director, said he isn’t worried.

“It won’t be as big a deal as either side hopes or fears,” he said.