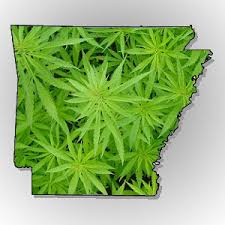 LITTLE ROCK, Ark. (AP) — Arkansas failed to become the first southern state to legalize medical marijuana this week, but the narrow loss didn’t discourage the measure’s supporters who said Wednesday they plan to tweak their proposal and try again.

“We’ll try to get it through the General Assembly and if that doesn’t work, we’ll take it back to the people,” said Chris Kell, campaign strategist for Arkansans for Compassionate Care, the group advocating for the medical marijuana measure.

Voters in Tuesday’s election narrowly rejected the measure that would have allowed patients with qualifying conditions to buy marijuana from nonprofit dispensaries with a doctor’s recommendation. More Arkansas voters cast ballots for the medical marijuana measure than they did for President Barack Obama, with more than 500,000 voters in favor of the marijuana issue and about 390,000 votes cast for Obama.

“I think this vote just shows that it’s really not as controversial as everybody thought,” Kell said.