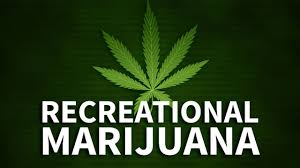 Nov. 7 (Bloomberg) — Washington and Colorado voters legalized recreational use of marijuana, making them the first U.S. states to decriminalize the practice.

Washington will allow those at least 21 years old to buy as much as one ounce (28 grams) of marijuana from a licensed retailer. Colorado’s measure allows possession of an ounce, and permits growing as many as six plants in private, secure areas. Oregon voters rejected a similar measure.

“The voters have spoken and we have to respect their will,” Colorado Governor John Hickenlooper said in a statement. “This will be a complicated process, but we intend to follow through. That said, federal law still says marijuana is an illegal drug so don’t break out the Cheetos or Goldfish too quickly.”

Support for marijuana’s recreational use built on measures that allow it for medical purposes in one-third of U.S. states. Previous attempts to legalize pot through ballot measures failed in California, Alaska, Oregon, Colorado and Nevada since 1972, according to the Denver-based National Conference of State Legislatures.

A spokesman for the U.S. Attorney’s Office in Colorado said federal law was not affected by the vote.

“The Department of Justice’s enforcement of the Controlled Substances Act remains unchanged,” said Jeff Dorschner in a statement. “We are reviewing the ballot initiative and have no additional comment at this time.”

Washington, Colorado and Oregon were among six states with marijuana on their ballots. In Massachusetts, residents approved a measure to allow medical use, while Arkansas voters rejected such a proposal. Medical-marijuana use is already permitted in 17 states and the District of Columbia. In Montana, a proposal to restrict the use of medical marijuana was leading, 57 percent to 43 percent, with 65 percent of ballots counted, the Associated Press said.

“It’s very monumental,” said Allen St. Pierre, executive director of the National Organization for the Reform of Marijuana Laws, a Washington-based group that advocates legalization. “No state has ever done this. Technically, marijuana isn’t even legal in Amsterdam.”

The approval of recreational pot goes a step beyond its acceptance in medical use. California was the first state to permit medical-marijuana when voters approved it in 1996. Federal prosecutors cracked down on the medical-marijuana industry in California last year, threatening landlords with jail if they didn’t evict the shops.

“Regardless of state laws to the contrary, there is no such thing as ‘medical’ marijuana under federal law,” according to the White House Office of National Drug Control Policy.

U.S. Attorney General Eric Holder released a letter a month before California voters considered a ballot measure to legalize recreational use of marijuana in 2010, saying the Justice Department would “vigorously” enforce federal law. The initiative failed.

In Washington state, decriminalization and new rules on driving under the influence take effect Dec. 6. The state liquor control board must adopt rules by Dec. 1, 2013 for licensing producers, processors and retailers.

The Washington measure may generate as much as $1.9 billion in revenue over five fiscal years, according to the state’s Office of Financial Management.