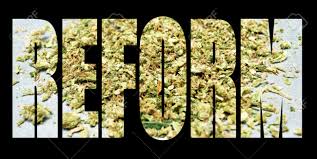 The End of Laughing at Marijuana Reformers

Election 2012, the Marijuana Majority project, and the rapidly changing politics of drug prohibition.

Voters in Colorado, Oregon and Washington will decide on election day whether to legalize marijuana in their states. All three initiatives have a chance of passing, and two are ahead in polls. In Massachusetts and Arkansas, voters may legalize medical marijuana. And last year, a Gallup poll found that a majority of American voters supported legalizing marijuana for the first time.

The political taboo against marijuana has been fading for awhile. When Bill Clinton admitted he’d smoked weed as a college student, he felt the need to add that he hadn’t inhaled, and observers still wondered if it would cost him votes. Barack Obama admitted that he did inhale as a college student. Yet his personal history with narcotics hasn’t stopped him from presiding over a draconian War on Drugs and responding to several questions about drug reform with jokes.

It’s hard to believe dismissiveness of that sort can last much longer. A state measure legalizing marijuana would signal a huge shift in public opinion and force the federal government to react. And whatever happens at the ballot box this November, a clever nonprofit is highlighting the fact that more and more prominent people of diverse ideological backgrounds say reform is needed. “Marijuana Majority exists to help more people understand the simple fact that supporting commonsense solutions like regulating marijuana sales and ending marijuana arrests are mainstream positions and that there’s no reason those who support reform should be afraid to say so,” the organization states on its Web site, which features a lot of faces you’d recognize:

The dozens of people featured don’t all favor full legalization. But they’re all on record stating that current policy is broken, and that reform in a liberal direction is the best way forward. Bill O’Reilly’s quote is taken from an episode of his Fox News show. “My philosophy is if you want to smoke marijuana in your basement, I don’t care. I’m not going to get a search warrant and kick your door in. I think that’s foolish,” he said. “But…if you get behind the wheel of a car, if you sell the dope to my kid, if my kid sees you smoking…I then will demand that the authorities protect me and my family from you, the marijuana smoker in public. Am I wrong?” Strange as it is to say it, an end to police kicking down the doors of private homes would itself be a significant improvement.

“It’s just the stupidest law possible,” he wrote in The Daily Beast. “You’re just making criminals out of people who aren’t engaged in criminal activity. And we’re spending zillions of dollars trying to fight a war we can’t win! We could make zillions, just legalize it and tax it like we do liquor. It’s stupid.”

Pat Robertson, Corey Booker, Kofi Annan… the list goes on. And the more names that are added to it, the harder it’ll be for politicians to respond to questions about legalization as if they’re unserious:

The Marijuana Majority should be seen as a long overdue companion project to The Cannabis Closet, a book that Andrew Sullivan published after years of receiving emails from successful people who smoke marijuana. “For decades, middle-class marijuana use has been America’s best kept secret,” the description states. “That ends with the tales in this collection of pot use testimonials, from top executives to responsible parents, from entrepreneurs to A-students, from unwinding suburbanites to the very sick. In more than 120 personal stories, it demolishes every hoary ‘stoner’ stereotype of the regular pot-user.” Both projects aim to tear down the barriers that prevent us from having a straightforward argument about the costs and benefits of prohibition.

All War on Drug critics need is an opportunity to have their arguments taken seriously. The policies being critiqued cannot survive on their merits. And reform is getting harder and harder to dismiss.