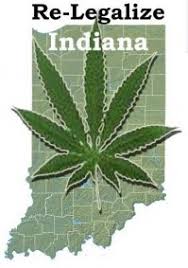 An Indiana court’s ruling about marijuana and turn signals could have broad implications about how police conduct traffic stops, and make some convictions easier to battle in court.

In March 2011, a Kokomo police officer pulled over a man for not turning left while his signal was blinking. After the officer discovered two bags of marijuana in the vehicle, the man, Rodney Killebrew II, was charged and later convicted of possession of marijuana.

On Oct. 19, though, the Indiana Court of Appeals threw out the conviction after determining Indiana law does not make it illegal to flash a turn signal without turning at an intersection.

Authorities and legal experts say the case will force officers to rethink why they conduct traffic stops. Prosecutors also expect suspects to use the ruling in court to try to prevent — or reverse — convictions.

“It’s important that police officers understand what is and isn’t a traffic violation,” said Joel Schumm, a professor at Indiana University’s Robert H. McKinney School of Law, “because if they pull someone over for something they think is a traffic violation and is not, evidence of drugs and guns and other things is not going to be able to be used against the defendant.”

Indiana courts, before the Kokomo case, had never determined if using a turn signal without turning at an intersection was a traffic violation, judges in the ruling said.

The judges cited a 5th U.S. Circuit Court of Appeals decision that said police could not stop a man and search his car just because he flashed his turn signal without turning.

The ruling says a stop is legitimate if an actual traffic violation occurs, or if an officer “has reasonable suspicion that the person detained is involved in criminal activity.” The ruling says that suspicion must be based on a specific fact, not a hunch.

The court ruled the officer lacked reasonable suspicion because the turn signal was only on for three quarters of a block. The driver, the ruling said, didn’t show other signs of impairment.

But to some authorities, simply keeping the turn signal on without turning has been cause for concern.

Most officers would have pulled over the man in Kokomo, said Noblesville police Lt. Bruce Barnes. Now they’ll have to find a traffic infraction beyond a forgotten blinker.

“It does cause us some concern,” Barnes said. “And we hope that … the legislators will take notice of it, make the appropriate changes to make the law as it should be.”

This is not the first time the Indiana Court of Appeals has overturned a local conviction from a traffic stop.

In May, the court threw out the conviction of Allison Riggle on marijuana charges because she was pulled over for turning too widely onto Dr. Martin Luther King Jr. Street.

In October 2011, the court overturned the conviction of Ken Gunn for carrying a handgun with a recently expired permit, because he was pulled over for turning too widely onto North High School Road.

It’s common for rulings like the Kokomo one to come out, authorities say, so officers must change to comply with the law. Just as they can no longer conduct traffic stops based on turning too widely, now they can’t conduct stops based upon misused turn signals in certain circumstances.

“This is not really a curveball for us,” said Detective Joel P. Sandefur of the Anderson Police Department. “I would say it’s just something that we would learn from and move on.”

Beyond traffic stops, prosecutors acknowledge more people will try to use the case in court.

The ruling can be referenced in cases, said Brad Banks, division supervisor at the Marion County prosecutor’s office, in which an officer pulls over someone for an action that’s not illegal.

For example, suspects who are only pulled over for weaving within one lane might use the ruling successfully, because that’s legal in most cases.

“I am sure we’ll see the argument,” Banks said.

But the Kokomo case also is a rarity. Most traffic violations involve running red lights and speeding, Banks said.

“It’s just very rare,” he said. “In 10 years I’ve never seen another case where that was the cause of the stop. It’s just not something you see very often, quite frankly.”