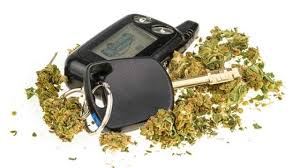 Under a clear blue Southern California sky, four editors of Car and Driver magazine stepped on a closed driving course and got, as they later wrote, “stoned back to the bomb age.”

It was all for a good purpose. There was little convincing science showing how — or how much — marijuana impaired driving ability. So they did a field test.

The editors found that they could physically operate a car even while very high, and fared well on driving tests. But their attention spans got so fragmented that they agreed getting behind the wheel was a lousy idea.

That was 1980. Thirty-two years later, scientific consensus about marijuana’s effect on driving remains as foggy as the editors’ brains.

But it is now a big political issue as voters consider whether to make Washington one of the first states to legalize recreational marijuana sales. For the first time in our state, Initiative 502 would set a legal impairment level for THC, the psychoactive compound in marijuana.

Based on some studies, that level — 5 nanograms of active THC per milliliter of whole blood — may be equivalent to about 0.05 percent blood-alcohol level, less than the state limit for booze. But even the experts emphasize that establishing the cutoff point when crash risk rises is “preliminary” and could change, in part because marijuana research in the U.S. is hindered by the federal ban on the substance.

The proposal is complicated, legally and politically.

Initiative 502 sets a “per se” standard making it inherently illegal to drive with more than 5 nanograms of THC. But there are no handy charts showing the number of tokes it takes to reach that level, because marijuana varies in strength and affects novice and seasoned users differently. I-502 supporters describe the DUI provision as a political and law-enforcement necessity. “This is simple: Don’t drive when you think you might be impaired,” said Seattle City Attorney Pete Holmes, an I-502 sponsor.

But uncertainties about the DUI provision fuel strong opposition among some marijuana-legalization advocates. They predict a rash of DUI cases based on unsettled science, and object to a zero-tolerance level for drivers younger than 21, which is also prescribed in the new law.

That provision helped turn prominent DUI lawyer Jon Scott Fox of Seattle from a likely supporter into an opponent. “I think innocent people could be, and probably will be, prosecuted based on the per se aspect of the law,” he said.

About 10.5 million people — 4.2 percent of the country’s drivers — reported in a 2009 federal survey that they drove under the influence of an illegal drug in the past year, with marijuana by far the most common drug. Among high-school seniors, one in 10 said they’d recently driven under the influence of marijuana, according to a University of Michigan survey.

Currently, there are plenty of DUI prosecutions for marijuana, and I-502 does not change legal standards for stopping or arresting drivers.

If something other than alcohol is suspected during a traffic stop, one of 217 “Drug Recognition Experts” — specially trained police officers throughout the state — are usually called in to do a 40-minute evaluation, said Washington State Patrol Sgt. Mark Crandall, who coordinates the program.

Based on that evaluation, the driver would be asked for a blood draw at a medical facility; a search warrant also can be obtained, and drivers with four previous DUIs must give blood. About a third of the blood tests in the past three years — 1,536 out of 4,581 — found marijuana, according to Washington State Patrol data.

But I-502 would make DUI prosecutors’ jobs easier. A driver with a blood test above 5 nanograms would be presumed impaired, just as drivers with 0.08 percent blood-alcohol levels are now.

“This definitely takes away a defendant’s ability to argue what impairment really means,” said Duarte.

The 5-nanogram level is based on tests for active THC, which usually dissipates within hours of use. Another marijuana compound, carboxy-THC — stored in fat cells for 30 days or more, often tripping up users in workplace drug tests — is not counted under I-502 as a basis for impairment.

“We have no reason to expect police will start pulling people over with no evidence of impairment to have blood drawn,” he said.

Crandall said I-502 would not change his officers’ basic duty. “We deal with impairment. You have to go all the way back to the traffic stop: What happened for the guy to have his blood drawn?”

Thirteen other states have “per se” laws for THC, dating back to Arizona’s 1990 zero-tolerance law. The Office of National Drug Control Policy has made “drugged-driving” an enforcement priority, expecting that it will lead to safer roadways. Paul Armentano, a DUI expert with the marijuana-advocacy group NORML, said there is no data supporting that premise. Nor is there a proven need to make prosecutor’s jobs’ easier, he said.

“When cases are brought now, it’s highly likely that the state gets a guilty verdict,” said Armentano, citing figures in Colorado and California, where about 90 percent and 79 percent of DUI cases, respectively, led to convictions.

The laws are based on evolving science. A 2011 analysis by the National Institute on Drug Abuse found that studies on driving under the influence of cannabis “vary considerably,” and more research is needed.

In setting a new level for impairment, I-502 cites data from nearly 3,400 fatally injured drivers in Australia, which found the risk of crash began to rise between 3.5 and 5 nanograms. But other studies undercut a clear correlation between car crashes and marijuana use.

When would an occasional user hit that level? One federal study found recreational users’ THC levels fell below 5 nanograms within hours of smoking a one-gram joint. But that study used government-grown pot; the typical cannabis sold at Seattle medical-marijuana dispensaries is quadruple that strength.

Roger Roffman, a respected marijuana researcher and I-502 supporter, acknowledges that the research is preliminary. But a legalized marijuana market should also come with a warning, he said.

“We need to be mindful of what the public is told,” said Roffman, a professor emeritus at the University of Washington “The initiative needs to say this is risky, because we are at a sea-change moment.”

At a recent I-502 debate at the University of Washington, medical-marijuana entrepreneur Steve Sarich warned students they could be arrested for a DUI a week after smoking a joint. “There goes your Pell Grant, there goes your college,” said Sarich, who is organizing opposition to I-502.

His prediction distorts a majority of research, which finds active THC dissipates in casual users within hours.

But it can linger in frequent users, such as medical-marijuana patients. One study of such users — smoking up to 10 big joints a day — found active THC in their blood even after six days of abstinence.

I-502 makes no exemption for heavy users, including chronic pain patients.

Alison Holcomb, campaign manager for the initiative, is sympathetic to them, but said a DUI law should not be dictated by relatively rare cases. “We don’t establish public policy based on outliers,” she said.

The Car and Driver magazine editors, back in 1980, knew impairment when they felt it. One editor, a former race-car driver named Patrick Bedard, found his driving times improved slightly — when he “could muster the concentration.”

But the higher he got, he felt less inclined to do so. “I’m a vegetable, inert, wordless, focused inward, contemplating the rapture,” he wrote at the end of the experiment. “Every once in a while, I snap to and can’t figure out where we are. But who cares?”