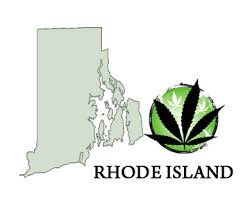 The three-year wait for marijuana dispensaries in Rhode Island is about to end. The state Health Department is currently in the final stages of revising the original legislation approving medical marijuana dispensaries, meaning that the Thomas C. Slater Compassion Center in Providence; Summit Medical Compassion Center in Warwick and Greenleaf Compassionate Care in Portsmouth can soon submit their licensing applications. Spokesmen for Greenleaf and Slater expect to begin selling marijuana by Jan. 1.

Gov. Lincoln Chafee signed state-licensed marijuana dispensaries into law in May; three years after Rhode Island originally authorized dispensaries in 2009. The three-year delay was primarily the result that the original legislation contained loopholes that may have invited unwanted federal involvement.

Under the revised legislation, the dispensaries will now be able to grow up to 99 mature marijuana plants and stock a maximum of 1,500 ounces of marijuana at any given time. There are presently about 4,500 patients enrolled in the state’s medical marijuana program.