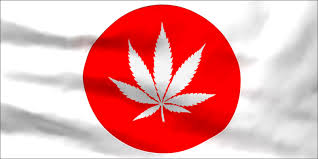 Japanese teen gets 6 months for marijuana in Bali

BALI, Indonesia (AP) — A 17-year-old Japanese boy was sentenced to six months in prison Thursday for possessing a small amount of marijuana while vacationing with family on Indonesia’s resort island of Bali.

The teen could have received 12 years under Indonesia’s tough narcotics laws. Judge Gunawan Tri Budiono said in Denpasar district court that although the boy ‘‘spoiled the image of Bali as tourist destination,’’ he showed leniency because the boy is young and bought the drugs for personal use.

The teen, who cannot be named under Indonesian law because of his age, admitted buying 2.6 grams (0.09 ounces) of marijuana for personal use. He has been detained in a police cell since Aug. 8, after buying the marijuana near popular Kuta beach while vacationing with his mother.

He will be credited for time served. The judge said the boy would be freed in February and immediately deported.

Last year, a 14-year-old Australian boy avoided prison after serving two months in an Indonesian detention center for buying drugs. The court also showed leniency after he expressed remorse and able to prove it he bought the drugs for personal use.