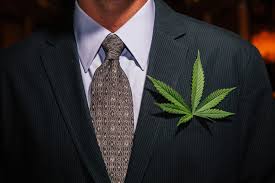 Holy schism emerges over marijuana legalization in Colorado, with clergy taking both sides

DENVER — The stakes in Colorado’s marijuana debate are getting much higher — as in, all the way to heaven.

A vigorous back-and-forth between pot legalization supporters and foes entered the religious arena Wednesday. A slate of pastors called on Coloradans to reject making pot legal without a doctor’s recommendation.

About 10 pastors spoke at the event organized by the campaign to defeat the Colorado ballot proposal. If approved, the measure would allow adults over 21 to possess small amounts of marijuana for recreational use. Oregon and Washington have similar proposals before voters next month.

Colorado’s legalization supporters responded quickly to the holy war on pot, releasing a list of clergy members who support legalizing the drug and ending criminal penalties for its use. Those ministers argued that religious leaders and parents should guide decisions about marijuana, not the law.

“I do not support smoking pot. I do not like the stuff,” said the Rev. Bill Kirton, a retired Methodist minister in Denver. “But the harm it does is much less than sending more and more people to prison. And I think it’s time to legalize marijuana.”

Asked about supporting an illegal drug as a man of the cloth, Kirton chuckled that many of his former parishioners had probably tried marijuana. But he conceded that it can be difficult for active ministers to take a stand about the drug.

“A lot of pastors are, because of the toxic nature of current politics, they’re hesitant to speak out on issues,” Kirton said. Now retired, he said he feels more free to talk about pot. “I think there’s some hesitancy to speak out, but I think most of my peers would agree with me.”

Certainly not all of them, though. At the rival press conference, pastors warned that marijuana legalization could encourage youths to try the drug, leading to more serious problems later. They also repeated an argument made by Denver Mayor Michael Hancock, that legalizing marijuana could attract drug dealers and others who prey on the needy.

“Is this really what we want for children? I don’t think it is,” said the Rev. Gail Bailey of Deliverance Tabernacle in Denver.

The anti-pot ministers also cited Colorado’s 12 years of experience as a medical marijuana state. They said that ministers currently deal with negative effects of the drug.

“We help folks with a medical marijuana card and have seen it being abused. We’ve seen it end up in the hands of children,” said Pastor Robert Woolfolk of Agape Christian Church.

The religious divide over marijuana is the latest arena in which folks are taking sides on Colorado’s pot measure. The pro-marijuana and anti-marijuana groups have in recent weeks gone back and forth over who sides with them.

After some business leaders opposed it, other business owners and a worker’s union favored it. Last week, marijuana opponents announced the support of the Colorado chapter of the American Academy of Pediatrics. In response, legalization supporters put out a list of 300 doctors who favor the measure.