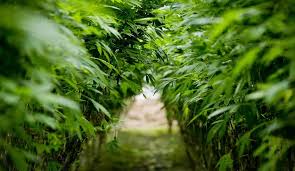 ‘Zac is willing to go down if he must, but it is going to be after a fight.’
~ Attorney David Sloan

A Texas college student has elected to take his chances with a jury following his arrest for possession of marijuana. Possession of under two ounces of marijuana in Texas is a Class B-misdemeanor punishable by up to 6 months in jail and up to a $2,000 fine.

On July 13, Zachariah Walker, 25, of Denton, was stopped for an alleged traffic violation by the University of North Texas Police Department. During a subsequent search of his vehicle, officers claimed they found about two grams of marijuana. Walker was immediately arrested and booked into the Denton County Jail. He was later released after posting a $1,000.00 bond.

Walker elected to reject the state’s October 10 plea bargain offer of 180 days in jail probated for 18 months, and a $600.00 fine; or 70 days in jail without a probationary term or fine.

Walker is a member of The University of North Texas student chapter of the National Organization for Reform of Marijuana Laws (UNT-NORML.)  He has rejected any offers of probation and says “if anybody is going to send him to jail for possession of two grams of marijuana, it is going to be a jury of his peers.”

According to his attorney, Fort Worth lawyer David Sloane, this is an ideal case to place in front of a Texas jury and call attention to the absurdity of Texas’ marijuana statutes.

“The state’s plea bargain offer was harsher in Zac’s case than you would normally see because he has a prior 2007 conviction for possession of marijuana,” Sloane, a member of NORML’s National Legislative Committee and on the local DFW-NORML Board of Directors, told Toke of the Town. “In that case he was initially placed on deferred adjudication community supervision and failed a court ordered drug test four months into it, testing positive for THC.

“The court adjudicated his guilt in that instance and sentenced him to 60 days in jail,” Sloane told us. “He was forced then to drop out of his classes. Walker will be facing the same judge in this case.”

Speaking publicly about this case with Walker’s permission, Sloane said “This guy has had enough. He has a ‘been-there-done-that’ attitude about probation. And even though a jury could send him to jail for up to 180 days, which Zac is prepared to do if it comes down to it, we don’t believe a reasonable and prudent jury would even remotely consider anything close to the 70 days the state has offered as his punishment for possessing two grams of marijuana.

“And they might even find him not guilty,” Sloane said. “Other than his occasional cannabis use this guy has never been accused of doing anything wrong or arguably illegal. He works, goes to school, and plays in a band on the weekends.
“He’s never hurt anyone,” Sloane said. “He’s a genuinely nice guy who’s had chaos heaped upon his life by a government that takes exception to his exercising his liberty to consume cannabis.”Zac is willing to go down if he must, but it is going to be after a fight,” Sloane said. “He feels his back is against the wall on this and the State of Texas is leaving him with no choice but to fight.”
Sloane says he has staffed this case with other NORML attorneys in Texas and they have agreed to assist in Zac’s trial pro bono. Attorney Jamie Spencer of Austin, Texas and Jamie Balagia of San Antonio, Texas have agreed to travel to Denton and help try this case.
While there is injustice concerning marijuana laws statewide, Sloane says these attorneys took a special interest in Zac’s case because he is completely free of instances of extraneous bad conduct. This will truly be an opportunity to tests the attitudes of Texas jury where it comes only to possession of small quantities of marijuana.

“If the outcome is what we hope for and expect, we hope it will send a message to prosecutors everywhere to rethink their positions about jail terms for those accused of simple possession,” Sloane said. “To my knowledge, having someone charged with possession of two grams of marijuana come into a jury trial with three of the state’s top marijuana lawyers will be unprecedented.”

With NORML involved, the state is going to have their work cut out for them. The case is expected to go to trial in early 2013 in Denton County Criminal Court Number 2.

This just in from the non-sense department….