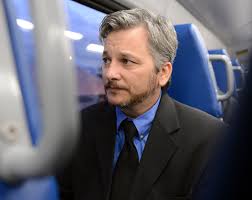 A Southern California man faces ten years to life in prison for operating a medical marijuana dispensary, despite the fact that such businesses are legal in the state of California.

Rancho Cucamonga resident Aaron Sandusky was convicted in a federal court Friday of two marijuana-related counts. The first is conspiracy to manufacture marijuana plants and maintain a drug-involved premises. The second count is possession of marijuana plants with intent to distribute — which essentially means he was running a pot shop, notes LA Weekly. On each count, the jury found that Sandusky had worked with at least 1,000 marijuana plants.

Sandusky, 41, faces a minimum of 10 years to life in prison. He was taken into custody after the trial and the sentencing hearing is scheduled for Jan. 2013.

The charges stem from Sandusky’s three medical marijuana collectives, known as “G3 Holisitic,” in the Inland Empire cities of Upland, Colton and Moreno Valley. The U.S. attorney’s office had sent Sandusky letters in Oct. 2011 warning him that the stores were violating federal law, and in response Sandusky closed two of them.

The next month, federal agents raided the remaining store, in Upland, twice. They seized marijuana plants and $11,500 in cash, effectively wiping out Sandusky’s entire business.

The conviction at the federal court level is a blow to the medical marijuana community in California, some of whom have been supporting Sandusky through a website raising money for his legal defense.

His case also underscores the contrast between California — which recognizes the medicinal properties of pot and protects marijuana dispensaries — and federal law, which classifies marijuana as an illegal controlled substance with no accepted medical use.

Federalism issues didn’t come into play during the trial, which Zach Weissmueller, a writer for libertarian magazine Reason, believes weakened Sandusky’s case. In a blog for Reason, Weissmueller writes:

The federal government was successful in quelling any discussion of medical marijuana laws, federalism, or jury nullification–all of which were specters looming over the case when they discussed it in open court while jurors were not present. In closing statements, the federal prosecutors were sure to emphasize to jurors that personal feelings, political beliefs, and morals do not matter. The law is the law.One prosecutor instructed the jury “not to debate the law, but to apply the law.” If there was one important takeaway from the prosecution’s closing, it was this phrase, emblazoned on one of their presentational slides: “Factual determination, not moral judgment.”

Another point of contention during the trial was the fact that the judge did not allow Sandusky to claim entrapment based on President Barack Obama and Attorney General Eric Holder’s public statements on medical marijuana.

Throughout his first campaign, Obama had said he wouldn’t use federal resources to circumvent state laws about medical marijuana. During a 2009 press conference, Holder followed up on that promise, saying that federal raids on medical marijuana dispensaries would be coming to an end unless the shops violated both state and federal law.

Sandusky had been charged along with five others who worked at G3, all of whom took plea deals and avoided a trial. During the course of the trial, G3 co-founder and owner John Leslie Nuckolls II, one of the men charged, admitted to having worked for the county District Attorney’s Office and the DEA, reports the Inland Valley Daily Bulletin.

In an August interview with ReasonTV (video above), Sandusky had called the conflict between California medical marijuana laws and federal drug laws a “constitutional battle” and vowed to defend the 10th Amendment right for states to pass their own laws. “If I have to go to jail for 20 years defending it, then so be it,” said Sandusky. “If a jury finds me guilty of violating federal law, then I’ll go do the time.”