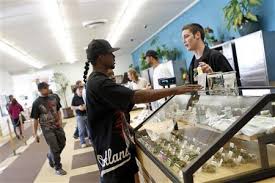 Question 3 gives voters the chance to decide whether they favor medical marijuana in the Bay State or whether the idea should go up in smoke.

Advocates say the ballot initiative is aimed at granting legal access to a marijuana in a safe and secure manner, so that patients with chronic pain or other illnesses can benefit from its use and not suffer the stigma of feeling like criminals.

Some in law enforcement and drug prevention are concerned that the initiative would provide a backdoor supply from the dispensaries, bolster use and dependency among young people, and increase crime associated with marijuana trafficking.

“The issue is very important from a public health standpoint,” said Peg Sallade, coordinator for the DanversCares prevention coalition. As a public employee, she cannot advocate for or against Question 3, but she said she is allowed to educate the public.

One of the concerns is that if Question 3 passes, young people may no longer perceive marijuana as an illegal drug.

“When we call an illegal drug a medicine, it creates a false impression among young people it’s safe to use,” Sallade said.

Even if the state ballot measure passes, however, the federal government still considers marijuana illegal.

“Regardless of state laws to the contrary,” according to the website for the Marijuana Resource Center of the Office of National Drug Control Policy, “there is no such thing as ‘medical’ marijuana under federal law. Marijuana continues to be a Schedule I substance, meaning that it has no currently accepted medical use and a high potential for abuse.”

“Until the American Medical Association and the Massachusetts Medical Society supports smoked marijuana as a legitimate medical remedy, and it receives FDA approval like all other medications, it is my opinion that the medical marijuana ballot initiative is nothing less than an effort to legalize a potentially dangerous and addictive drug,” Blodgett said through spokeswoman Carrie Kimball Monahan.

Put forward by the Committee for Compassionate Medicine, Question 3 aims to remove punishment under state law for “patients, physicians and health care professionals, personal caregivers for patients, or medical marijuana treatment center agents for the medical use of marijuana.”

Marijuana would be recommended for those with a “debilitating medical condition” such as cancer, glaucoma, AIDS, hepatitis C, ALS, Crohn’s, Parkinson’s, multiple sclerosis “and other conditions as determined in writing by a qualifying patient’s physician.”

“Who determines who has a medical condition?” asked Danvers police Chief Neil Ouellette, who said his research into medical marijuana in other states found that the most prevalent use for it is to treat back pain.

“I have seen what substance abuse has done in a community, and it’s a dangerous road to go down,” said Ouellette, who said that as a public official he can speak “from a public policy perspective.”

However, proponents say the measure carries numerous safeguards, given the lessons learned in the 17 other states where medicinal marijuana has been legalized, said Jennifer Manley, spokeswoman for the Committee for Compassionate Medicine.

In the states where medical marijuana ran into problems, states did not repeal their laws but instead attempted to fix the system, said Whitney Taylor of the Committee for Compassionate Medicine.

Under the proposal, patients and physicians would have to register with the state. Dispensary agents and caregivers must be at least 21. Dispensary agents could not be convicted drug felons. Marijuana cultivation and storage must take place in locked, secured facilities.

Patients and physicians would also have to prove an authentic doctor-patient relationship, and there would be limits on how much supply — 60 days — a person could obtain.

Statewide, the number of medical marijuana treatment centers would be capped at 35, and no more than five would be allowed to operate in any one county. To deter someone from defrauding the system, the law also creates a new misdemeanor and a new felony, punishable with up to five years in prison for distribution, sale or trafficking, Manley said.

Former state Trooper Karen Hawkes, 45, of Rowley said she uses marijuana so she can lead a normal life free of pain after she suffered a stroke in 2005. Traditional medicines left her feeling tired, confused and living like a zombie for years.

At the time of Hawkes’ stroke, her children were 3 and 4 years old. She tried a list of pharmaceuticals “as long as your arm,” but the side effects were worse than the pain, she said.

Hawkes will not say where she obtains her cannabis, but she administers it using vaporizers or tinctures, the latter being alcohol extractions, rather than smoking it.

Ouellette points out that there is a drug called Marinol that has a synthetic form of THC, but Taylor said that THC is one of the most “psychoactive” components of marijuana, and it does not work for everyone.

Hawkes said she benefits from the various components of marijuana, not just from THC.