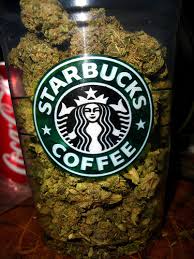 Wash. could become first state to approve recreational sales of marijuana for those over 21

SEATTLE — Washington state is on the verge of becoming the first in the nation to let adults over 21 buy taxed, inspected marijuana at state-licensed shops.

It might not clear up more than a decade of confusion that resulted from the state’s medical marijuana law, or reverse the proliferation of dispensaries. But supporters say passing Initiative 502 on Nov. 6 could make drug laws more reasonable, prevent thousands of arrests a year, and bring Washington hundreds of millions of dollars to help pay for schools, health care and basic government services.

It could also set up a big fight with the federal government.Voters in Colorado and Oregon are considering similar measures. But based on polls, Washington’s initiative might stand the best chance of passing. The measure has drawn slim organized opposition and gained support from some former federal law enforcement officers. The campaign has raised $4.1 million.“There’s a real disconnect with pot,” said Brooke Thompson, a retired teacher from Bainbridge Island who found marijuana innocuous when she smoked it as a young adult. “It’s been criminalized and criminals are making money on it. The state could be making money on it, and using the taxes to go into education. It seems like a win-win, and it would be nice for Washington to be the testing ground on this.”“Testing ground” is the right phrase. Washington could become a laboratory in easing the nation’s drug war, which has cost more than $1 trillion and hundreds of thousands of lives in the past 40 years while doing little to dent demand.

Just as likely, it could bring on a protracted fight with the federal government. Marijuana remains illegal under U.S. law, and when state and federal laws conflict, federal law takes precedence. The Justice Department has kept mum, but if I-502 passes, many lawyers believe the DOJ is likely to try to block the law on the grounds that it frustrates the Controlled Substances Act.

That could leave just part of the initiative standing: decriminalization of up to an ounce of pot under state law, with no way to buy it legally, and a driving-under-the-influence standard that opponents consider arbitrarily strict.

The federal government could also prosecute growers or retailers licensed under the law, seize Washington’s new marijuana revenues as proceeds of illicit drug deals, or withhold money from the state.

Nevertheless, I-502’s sponsors, including former Seattle U.S. Attorney John McKay, Seattle City Attorney Pete Holmes and travel writer Rick Steves, say the measure has been drafted to withstand a federal challenge. Alison Holcomb, I-502’s campaign manager, said at a recent debate that she would sit down with representatives of the federal government to explain how the measure could complement, not frustrate, federal efforts.

The initiative, promoted by New Approach Washington, would create a system of state-licensed growers, processors and stores, and would impose a 25 percent excise tax at each stage. Adults 21 and over could buy up to an ounce of dried marijuana; one pound of marijuana-infused product in solid form, such as brownies; or 72 ounces of marijuana-infused liquids. The cannabis would be subject to testing to establish its THC content.

Sales wouldn’t begin immediately. The state Liquor Control Board would have a year to establish guidelines.

Holcomb, who concedes that marijuana is addictive for some, says I-502 would allow authorities to treat it as a public health issue, as has been effective in reducing tobacco use.

“We don’t arrest adults for tobacco use to try to keep kids from using it,” she said.

State revenue experts have estimated that I-502 could bring in as much as $1.9 billion in the next five years. Some of the money would be dedicated to the state general fund, while other portions would be devoted to health care, education and substance-abuse prevention.

If the initiative passes:

—Public use or display of marijuana would be barred.

—No marijuana facilities could be located near schools, day cares, parks or libraries.

—Employers would still be able to fire workers who test positive for pot.

—It would remain illegal to privately grow marijuana for recreational use, though medical patients could still grow their own or designate someone to grow it for them.

—It would be illegal to drive with more than 5 nanograms of THC, the active ingredient of cannabis, per milliliter of blood, if the driver is over 21; for those under 21, there would be a zero tolerance policy.

There would be no legal effect on medical marijuana dispensaries. However, it could have a political effect, Holcomb said. If recreational pot sales are allowed, prosecutors and investigators might take a more critical look at whether those operations are truly serving sick people.

Organized opposition comes from a group of medical marijuana patients who object to the DUI standard and say that if people can’t grow their own, it’s not really legalization at all.

Other public health and some law enforcement officials also oppose it, even if they haven’t raised any money.

Mitch Barker, executive director of the Washington Association of Sheriffs and Police Chiefs, said his organization is concerned about increasing availability of marijuana, especially for teens, and the difficulty of enforcing the DUI provisions.

The initiative’s biggest financial contributor is Progressive Insurance founder Peter Lewis, who has given more than $1.5 million. Lewis also contributed to Washington’s medical marijuana campaigns in 1997 and 1998.

Other donors include New York-based Drug Policy Action and the American Civil Liberties Union of Washington.

The former head of the FBI in Seattle and both candidates for King County sheriff have voiced support.

Voters like Terry Lavender, a retired 61-year-old from Woodinville who used pot decades ago, say they’re intrigued by the idea of being able to walk into a state licensed store and buy marijuana.

“I enjoy a bit of scotch, I enjoy a beer, so maybe I would,” Lavender says. “But that’s not my motivation for doing this. My motivation is to stop locking people up.”

Medical Marijuana 1 Step Away From Being On Florida’s Ballot This...