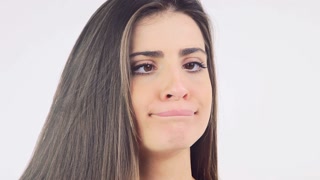 Florida Woman Found With Marijuana in Genitals Denied It Was Hers: Report

Vida Golac said she was trying to protect her friends: Naples Daily News

A Naples-area woman who was found with marijuana in her genitals during a jail strip search said she was trying to protect her friends from getting in trouble, the Naples Daily News reported.

A police officer stopped the car that Vida Golac, 18, was riding in Thursday after seeing it drift between lanes, the newspaper reported.

The officer found marijuana in the back of the car near where Golac was sitting, but she said it wasn’t hers because she is a medical student, according to the paper. But the other two passengers also denied it was theirs and were allowed to go while police arrested Golac, the Naples Daily News said.

Golac told the officer that he was “ruining her life” and that she would lose her scholarship for something that wasn’t hers, the paper reported.

When jail deputies found the additional marijuana during a strip search, she said she was trying to protect the other passengers, the paper added.

Golac faces charges of smuggling a drug into a correctional facility, possessing 20 grams or under of marijuana and possessing and/or using drug paraphernalia, according to online Collier County Sheriff’s Office records.

Golac paid $6,500 bond and was released Thursday after she made a first appearance in court. She is due back in court Oct. 29, according to online Collier court records, which do not list a defense attorney for her case.