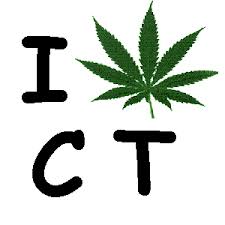 Marijuana now legal for medical use in Connecticut

But distribution system still needs to be worked out

Connecticut on Monday became the 17th state to legalize marijuana for medical use, but patients with any of the 11 conditions allowed to use it under the new law won’t get state-sanctioned access to the drug for at least several more months.

William Rubenstein, commissioner of the state Department of Consumer Protection, said Monday that a system for supply and distribution won’t be set up until sometime next year.

“It’s an enormously complicated task,” he said. “The law was signed May 31, and we’re still doing our due diligence to make sure we have a system to supply a safe product that’s free from theft and diversion and abuse.”

In setting up the system for Connecticut, he said, the department is taking lessons from the other states with medical marijuana laws about what works and what doesn’t.

“No one wants us to be like California,” he said, referring to what many consider a poorly regulated distribution system there that makes the drug too easily available and subject to abuse.

A full set of regulations for Connecticut’s supply and distribution system will be prepared for consideration by the state Legislature’s Regulations Review Committee by July, Rubenstein said. The public will have a chance to comment on proposed regulations at a public hearing before then.

“Connecticut’s law has been called the most restrictive in the country, but I prefer to call it the best designed,” he said.

Under the law, patients with AIDS, glaucoma, Parkinson’s disease, multiple sclerosis, epilepsy and six other conditions will be able to access a one-month supply provided they meet a set of conditions designed to keep tight controls on the product. Their doctor must first register the patient with Consumer Protection, certifying that they have been diagnosed with one of the illnesses and that they would benefit from using medical marijuana, and then the patient must complete the registration with a photo, identification and other information. Use of medical marijuana is prohibited in vehicles, workplaces, schools, dormitories and all public places, and in the presence of anyone under age 18.

Rubenstein said a temporary registration system for doctors and patients has been set up on Consumer Protection’s website. Anyone on the temporary list would be allowed to possess marijuana they obtain on their own while the department establishes the official supply and distribution system, he said.

He advised anyone with one of the 11 conditions who believes they would benefit from using medical marijuana to see their doctor.

“They should make an appointment with their physician to discuss the appropriateness of medical marijuana for their situation,” he said.

Under the law, all marijuana sold for medical purposes must be grown in Connecticut in indoor, secure facilities, and only 10 producers will licensed. A network of standalone pharmacists will distribute the marijuana, which would be available in the commonly known smokable form, as well as in forms that many consider more suitable for medical uses. These can include products that can be inhaled in a vaporizer, edible products and tinctures that can be applied under the tongue or other ways, Rubenstein said. Department staff, he said, are talking to pharmacists and representatives of the medical marijuana industry about how best to create a supply and distribution system in Connecticut.

Matt Simon, legislative analyst for the Marijuana Policy Project, a Washington, D.C.-based advocacy group, said it is unclear whether Connecticut’s highly restrictive law will be workable.

“Connecticut is trying to make sure the dispensing operations are done in a professional manner, but it remains to be seen whether it will be too onerous,” he said.

The biggest challenge, he said, may be in attracting producers. Maine, he said, provides one example of a state that appears to have successfully set up a workable system of eight dispensaries that are run “like a health care facility,” Simon said.

Carol Jones, director of medical case management at the Alliance for Living, which serves those with AIDS and HIV in New London County, said the organization is hopeful that state officials will keep the needs of patients in mind as they write the regulations.

“We at Alliance for Living certainly hope that all of our clients have access to any medication that is approved to treat their disease or side effects of the disease,” she said. “Now that medical marijuana is legal, should our clients need that we certainly are in favor of them having access to whatever medication they may need.”