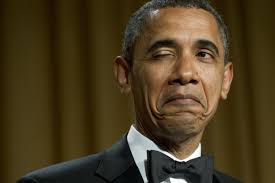 Four years after enthusiastically supporting Barack Obama, marijuana entrepreneurs and advocates are closing their checkbooks to the president’s re-election bid.

The reason: Anger over the Obama Justice Department’s crackdown on medical marijuana dispensaries after Obama promised in the 2008 campaign that he would not use federal “resources to circumvent state laws on this issue.”

“We’re all bummed out about it,” said Dale Gieringer, California coordinator for the National Organization for the Reform of Marijuana Laws.

“If not for this issue, who to vote for would be a no-brainer,” said Amanda Reiman, California policy director for the Drug Policy Alliance. “The medical marijuana community was ecstatic when Obama was elected, but now four years later it feels like bait and switch.”

Steve DeAngelo, whose Harborside Health Center in Oakland was selected for closure in July by U.S. attorney Melinda Haag, said that although he gave $500 to Obama in 2008 and got about 10 friends and family members to donate the same or more, he’s not contributing this year and may not vote for him.

“It’s hard for me to vote for someone who thinks I’m a criminal,” he said.

Quantifying the dollar value of medical marijuana donations to the Obama campaign is difficult, but the 2008 total was probably in the millions. The total this year appears to be substantially less.

Four years ago dispensaries were blossoming in California and other states such as Colorado. The business got a shot in the arm in 2009 when a Justice Department directive to U.S. attorneys reiterated Obama’s campaign statement, telling them not to prioritize cases in which medical marijuana providers were acting in “clear and unambiguous compliance” with state law.

But the prospect of a strengthening political and financial juggernaut was dashed last year when a subsequent Justice Department memo accused the industry of being more concerned with profits than serving medical patients.

Since that second directive was issued by Deputy Attorney General James Cole in June 2011, U.S. attorneys have written letters to landlords ordering them to cancel leases with dispensaries, the IRS has told operators they can’t take normal business deductions, and banks under pressure from Washington have closed dispensary accounts.

At their height before the raids, dispensaries employed about 20,000 people and paid $125 million in taxes on revenue of $1 billion or more, said George Mull, a Sacramento lawyer who heads the California Cannabis Association. Of the 1,000 or so outlets, only 400 to 500 remain open, he said.

Displeasure among cannabis entrepreneurs is almost certainly not enough to dent the president’s campaign fund or keep California’s whopping 55 electoral votes from the Obama column on election day.

But Colorado is a battleground state. With Libertarian candidate Gary Johnson – who supports marijuana legalization – polling in the 4 to 6 percent range, the marijuana vote could make a difference.

“Comparing us to drug dealers is insulting, upsetting and wrong,” said Wanda James, who closed her Denver marijuana edibles business and laid off 20 employees in August when she lost her bank account.

No support from Romney

Republican presidential contender Mitt Romney has made no secret of his antipathy to marijuana. GOP vice presidential candidate Paul Ryan said states should decide the issue for themselves, but campaign operatives subsequently insisted Ryan agrees with Romney that marijuana should remain illegal.

Romney’s position leads some advocates and entrepreneurs to see Obama as the lesser of two evils.

“People who care about medical marijuana are torn between disappointment and disaster,” said Ethan Nadelmann of New York, director of the Drug Policy Alliance.