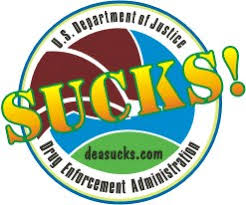 In the summer of 2010, just a few months before the November election, the odds of California’s Proposition 19 passing seemed favorable. Officially known as the Regulate, Control & Tax Cannabis Act, the measure would have regulated marijuana in a manner similar to alcohol in The Golden State. Public support for the measure was polling around 56 percent at the time, and drug reform advocates were cautiously optimistic that marijuana legalization might finally become a reality in the U.S.’s most populous state.

Unfortunately, that high wouldn’t last forever, and support for the ballot initiative took a nosedive in the month leading up to the election. One major factor that played a role in changing the mindsets of Californians in October was the U.S. attorney general’s vow to continue enforcing federal laws against marijuana producers, sellers and consumers no matter the outcome of the November 2nd vote.

In an August 24th letter to the attorney general, nine former DEA Administrators urged Eric Holder to come out vocally against California’s legalization measure. Holder regrettably heeded their advice, and in mid-October the DOJ boss responded to the retired DEA chiefs by stating that the Department of Justice was opposed to Proposition 19. In the aftermath of Holder’s statements, public support for the initiative dwindled and many soon-to-be voters became apprehensive about the legalization measure. Hence, when Californians woke up on November 3rd, Prop. 19’s opposition prevailed, and the production, sale and consumption of marijuana remained criminal violations under state law.

Now, two years later, the DEA’s same nine elders are up to their old tricks again, though they’re a little tardy this year as Holder only recently received their letter, on September 7th. It’s important to note — as we sit back and wait for the attorney general’s response — that the cards are stacked substantially differently this time around. There’s obviously strength in numbers, and with three states (Colorado, Washington and Oregon) now set to vote on regulating cannabis on November 6, the DOJ’s posturing and intimidation is being called into question more than ever.

It’s worth mentioning that none of the nine former DEA administrators led the agency during such a tumultuous era of prohibition-fueled violence. Though Mexico’s ramped-up drug war is approaching its six year anniversary, most of the 60,000-plus killings have occurred in just the past three years alone (with 2012 on track to be the deadliest year yet). I’m not attempting to undermine these officials, yet I am implying that they’re either extremely out of touch with the reality behind marijuana prohibition’s lethality, or else there are greater political factors at play uniting them against any and all measures by states to regulate cannabis. The latter is likely the case, which is disheartening considering the plant’s illegality is the greatest driving force behind Mexico’s senseless death toll.

As a former federal agent who worked on the border and enforced laws against marijuana trafficking, I know firsthand the destruction caused by these policies. In fact, this is one of the primary reasons I resigned and walked away from government. However, as a member of Law Enforcement Against Prohibition (LEAP) who recently escorted Mexican drug war victims (members of the Caravan for Peace with Justice and Dignity) on multiple stops across the United States, I now understand the failures and miseries of drug control policy more than ever. Marijuana prohibition is the foundation of the violence in Mexico, and who knows how many lives will be saved once the plant is a fully regulated commodity. This is what Coloradans, Washingtonians and Oregonians need to carry with them into the voter booths in November. Not some threats by obsolete drug warriors who are too stubborn to admit the faults of prohibition.

This article is a plea to the citizens of Colorado, Washington and Oregon (from me and from tens of millions of others). Please do not surrender to the threats and scare tactics of the United States government, even if Eric Holder once again declares his opposition to the measure. Be game changers and trailblazers instead. A majority of Americans now believe cannabis should be regulated like alcohol, and these voices will echo the loudest once the first state enacts legislation that regulates marijuana. Not only are Americans relying on voters in these states in November, but so is the rest of the world. Once the United States changes its bullying stance against cannabis, other countries will undoubtedly follow suit.

Jamie Haase, a speaker for Law Enforcement Against Prohibition, is a former Immigration and Customs Enforcement agent.