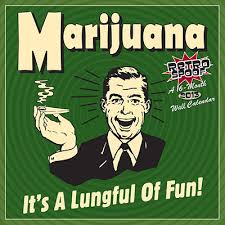 BOSTON —  Opponents of ballot Question 3 on the November ballot to legalize medical marijuana are complaining about a spoof website that ridicules their opposition, and was incorrectly listed in the official state voter guide being mailed to millions of state voters.

The spoof website contains made up stories that, among other things, assert “Marijuana is the gateway drug to Twinkies,” that Mayans believed the world would end in 2012 because of marijuana, and that local drug dealers are banding together to stop medical marijuana because it would hurt their business.

In a statement listing the correct website of the group opposing the ballot question, Dr. James Broadhurst, chairman of the No on Question 3 Committee, claimed, “Our opponents have tampered with the democratic process” by putting the website online under a name that appears to be an official No on Question 3 website, but is not authorized by the opposition committee.

Thanks to pro-marijuana proponents who want Question 3 to pass, the people of Massachusetts are being deceived about the facts around this initiative, which will create 35 marijuana stores and allow anyone with a doctor’s note to get marijuana,” Dr. Broadhurst said.

The correct website address for the official opposition committee is www.MaVoteNoOnQuestion3.com.

The incorrect spoof website listed in the Massachusetts state Voter Guide that the Secretary of State began distributing to voters yesterday, lists the opposition group’s website incorrectly, referring those seeking more information on the opposition to the ballot measure to www.VoteNoOnQuestion3.org.

Lisa Barstow, spokeswoman for the No On 3 committee, said the Secretary of State’s office was not at fault.

She said the group initially gave election officials the name of the site that was printed in the voter guide as their opposition site.

“We ended up registering a site under a different name, neglecting to tell the Secretary of State’s office. But as a result of other people buying up the site and making a spoof out of it, people will be misled,” she said.

The group said after working with Secretary of State William F. Galvin to correct the situations, he has agreed to publish the correct website address on the Secretary of State’s online version of the Voter Guide, according to Heidi Heilman, president of the Massachusetts Prevention Alliance, which opposes the ballot measure.

“Anyone who calls the Secretary of State will get the correct information,” she said.

Brian McNiff, spokesman for the Secretary of State’s office, said the website listed in the voter guide was the site the committee opposed to the ballot question had provided to appear in the voter guide, but that the group had not registered that site.