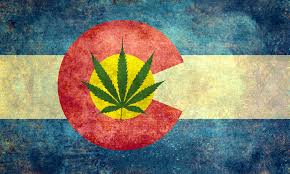 On Wednesday, a Denver District Court judge dismissed the lawsuit filed by the Campaign to Regulate Marijuana Like Alcohol to reinsert key supportive arguments for Colorado’s marijuana legalization ballot measure Amendment 64 in the state’s voter guide. The Colorado Legislative Council had deleted the text in a hearing last week.

Judge Robert Hyatt dismissed the case because of a jurisdictional issue, not because of the merits of the campaign’s case against the Colorado Legislative Council. But, either way, the “Arguments For” marijuana legalization will not appear in the state voter guide, known as the “blue book.”

The campaign says that the “Arguments For” Amendment 64 section of of the blue book is now just 208 words following the deletion, whereas the “Arguments Against” section is approximately 366 words — meaning “Against” has nearly 75 percent more words than the “For” section. “The blue book is supposed to be fair and balanced, and it’s safe to say this is quite lopsided and, thus, unfair,” the campaign said in a statement.

“This was not a loss for our campaign; this was a loss for the people of Colorado, who will not receive the fair and impartial election information promised to them by our state constitution,” Mason Tvert, co-director of the Campaign to Regulate Marijuana Like Alcohol said in a statement. “No objective person would look at a 366- to 208 word-count disparity and consider it to be ‘fair and impartial.'”

“This is just the latest example of government officials skewing information about marijuana and deceiving the public in order to maintain the wasteful policy of marijuana prohibition.” Tvert said. “It started with Richard Nixon throwing out the Shafer Commission report, which declared marijuana relatively harmless, and launching the war on marijuana. And now it continues with the Colorado Legislative Council improperly deleting key information from a state voter guide.”

Public dismay with the Legislative Council’s actions has resulted in more than 4,000 new supporters joining the Yes on 64 campaign’s email list in the past 24 hours, the campaign said in a press release about the dismissal of the court case.

To which Tvert added: “We are comforted by the fact that such egregious deception of the pubic will provide further momentum for our campaign. The public doesn’t like being deceived and many voters may end up voting for Amendment 64 as a protest vote against a dishonest government.”

In an op-ed, The Denver Post agreed with the Amendment 64 proponents, saying that the legislative committee “erred” in their blue book edits. Via The Denver Post:

There’s no question that several of the most common arguments made on behalf of it have been edited from the blue book that goes to voters.Worse, the legislative committee that took out the language did so more or less by accident. At least six of its members didn’t realize what was happening and later voted unsuccessfully to restore the language.

The blue book was scheduled to go to print Monday, but after a hearing Monday afternoon in Denver District Court, an attorney representing the state agreed to postpone the printing until after a Wednesday afternoon hearing could take place allowing both the Colorado Legislative Council and the Campaign to Regulate Marijuana Like Alcohol to debate the language in the ballot book.

State law requires the blue book to include major arguments in suport of each state issue that will appear on the ballot, however the campaign says that the legislative committee unfairly deleted three of the proponents’ key arguments in support of the initiative:

The campaign says that the modification was “improper” because it wasn’t brought about by a “true” two-thirds majority vote — a so-called supermajority — which is required to make modifications.

Proponents of Amendment 64 also said that the modification was made in confusion and that the lawmakers did not intend to delete the lines. The campaign summarized the events in a statement:

Sen. Mark Scheffel made a motion to amend the first of three paragraphs in the “Arguments For” section of the blue book, and it was approved unanimously by the Council. A short time later, members realized the motion had deleted the last three sentences of the five-sentence paragraph, whereas they thought it would only remove a few words from the first two sentences. To rectify the mistake, Rep. Mark Ferrandino made a motion to reinsert the three sentences, and it was seconded by Rep. Lois Court. The Council voted 8-5 in support of the motion, but it failed because it did not receive the two-thirds vote required to modify the draft. As a result, the key arguments in support of Amendment 64 were deleted without true two-thirds support.

High Art at The Sensi Museum in Spain