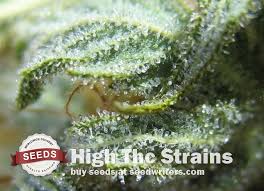 With marijuana, as with so many other things, where one sits influences where one stands. Relative to the U.S. population as a whole, people who write about public policy regarding marijuana (e.g., college professors, newspaper editors, drug policy analysts, Internet users and drug legalization activists) are disproportionately college educated and middle to upper-middle class. They therefore are prone to assume that the type of marijuana — specifically potent sinsemilla (THC content 10-18%) — that is popular with better-heeled users is more commonly consumed than it is.

As Caulkins, Hawken, Kilmer and Kleiman’s book Marijuana Legalization: What Everyone Needs to Know makes clear, sinsemilla is in fact a small part of the marijuana market. About eighty percent of the market is “commercial grade” cannabis, which has a THC content of about 5% and sells for $70 to $230 per ounce, depending on how far a buyer is from the producing farm and in what amount he or she buys. If that level of potency and price surprises you, you are probably an observer or participant in the small, nationally unrepresentative marijuana “upmarket“.

The reason for the current dominance of commercial grade pot is simple: It’s an inexpensive product for a price-sensitive population. In the late 1960s and 1970s, the marijuana market had an upmarket skew, but no longer. Today, Caulkins and colleagues estimate that college-educated people only account for about a 1/7 of all marijuana smoked in the U.S., and they overwhelming smoke sinsemilla. The vast bulk of marijuana consumption in the U.S. today is accounted for by working class and poor people who are heavy users. If you make $75,000 a year and smoke pot once a month, springing for high-potency sinsimilla is easy. But if you make $18,000 a year and smoke several joints every day, commercial grade pot is all you can afford.

However, as Caulkins et al. show, the only reason marijuana is expensive is because it is illegal: After all, it’s just a plant. Indeed they project that the post-legalization cost of sinsemella joints would be so low that businesses could give them away, much as bars now give away peanuts.

There may be a few consumers who are so price sensitive that they would still prefer commercial grade pot at say, 3 cents a joint versus 5 cents for sinsemilla. There may also be a few odd micromarkets in which people preferred the weaker stuff as “more authentic” (Those of us who grew up near Latrobe, Pennsylvania are agog when upscale hipsters who could afford something better drink Rolling Rock beer as a sign of their solidarity with us). But as a general proposition, it is safe to assume that the commercial grade market would shrink dramatically, making sinsemilla the dominant component of the marijuana market.

What difference would this make? For the heavy-using low income user, it would free up some disposable income which — presuming it were not spent on alcohol, tobacco or other drugs — could improve their economic situation and health. On the other hand, those of such users who are parents would be displeased that their children could now easily afford high-potency marijuana, which even in secondary black market sales would be extremely cheap.

Another important consequence: The cannabis-using population would experience a vast increase in average drug potency. Caulkins and colleagues estimate that in the past 15 years, average potency of marijuana in the U.S. has doubled. But after legalization, with the 80% commercial grade market share being almost completely supplanted by sinsemilla, average potency would roughly triple very rapidly.

This increase in exposure to highly potent cannabis is one of the mechanisms through which legalization would result in a higher prevalence of addiction (Some of the other mechanisms are discussed here). It at first seems reasonable to assume that experienced users would simply titrate their dose of higher-potency pot, making higher or lower doses equivalent from a biological viewpoint. But surprisingly, laboratory studies of experienced marijuana users show that they are in fact poor at judging the potency of cannabis.

Just as important, even if users could titrate their use (e.g., inhale for a shorter length of time) to achieve the same dose in the body, higher potency products would still be more addictive. With pharmacologic reinforcement processes, the speed of an attained effect is as important as the effect itself. Thus, two regular users who become comparably intoxicated at two different speeds have differing likelihoods of becoming addicted. The replacement of the commercial grade-dominated market with a sinsemilla-dominated market would result in more users speeding up the achievement of intoxication and thereby increasing their likelihood of becoming addicted to cannabis.

Would the dominance of sinsemilla be the end of a market-wide rise in potency? Maybe, maybe not. There are other ways to process cannabis that push THC content more than twice as high as that of sinsemilla. Currently these production processes are extremely costly, but they would become much cheaper under legalization, perhaps to the point that such products would be broadly affordable. Theoretically, this could be stopped by potency limits within the regulatory framework, but in reality, none of the three current state-level marijuana legalization initiatives include any controls on drug potency.