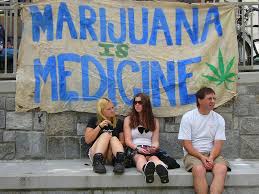 The number of active patients on the Colorado medical marijuana registry rose from May to June, finishing just shy of 100,000 patients. But new data released by the Colorado Department of Public Health and Environment this week shows that while the number of active patients continues to grow, more people are still dropping off the registry than joining it.

Between June and November 2011, the number of active patients on the Colorado medical marijuana registry declined by more than 48,000 patients, to a total of 80,558; it was the first decline since the registry began to expand in 2009.

CDPHE officials say a drop in the cost of patient registry fees, which went into effect in 2012, may have been partly to blame. The theory: Patients were waiting until then to reapply in order to save money. The CDPHE also denied about 500 patients last winter, preventing them from re-applying for their medical marijuana registry cards for six months. And activists have pointed to the increased regulation of medical marijuana centers as being a deterrent for privacy-minded patients.

The numbers began to climb again in December, however, and have been doing so ever since. But that doesn’t mean the exodus from the registry has stopped.

At end of May, the CDPHE had processed 180,925 new patient applications. That number rose by 3,077, to 184,002 patients, by the end of June. But the increase in new patients only brought the total number of Coloradans with active red cards up by about 1,050 people, to 99,960 at the end of June — indicating that a large number of patients dropped off the registry and are not renewing their cards or were booted off by the CDPHE for rules violations. As we noted in July, this trend has held steady since November 2011. February was the only exception: 1,619 new patients were added to the registry, but it still grew by 4,522 people.

This month, the CDPHE made a few minor changes this month to the way statistics are reported. Most notably, the figure for the number of patients designating a primary caregiver has been amended to include medical marijuana centers.

The department doesn’t break those figures down any further, but CDPHE spokesman Mark Salley explained the June 2012 figures to Westword in July. According to him, roughly 43.6 percent of patients designate a dispensary to grow for them, while only 9.6 percent name someone else as a private caregiver. The majority of patients shop at dispensaries (and don’t sign any up as their primary center), buy from caregivers/dealers not on the registry or grow their own.

Other statistics given out by the CDPHE for June remained the same as they have for more than a year: Women make up just under a third of all patients, the average age for all cardholders is 42, and well over half of all patients live in the metro area.