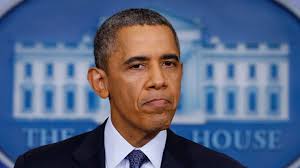 Obama Should “Evolve” on Marijuana

Here’s a radical thought, as we change full-steam into convention season: Could the “marijuana vote” propel Barack Obama to victory in the upcoming election? This may sound a little far-fetched (and might indeed provoke “What are you smoking, dude?” sorts of comments) so please allow me to explain how this demographic could become key to the entire election, in one particular state.

The conventional wisdom among the inside-the-Beltway pundit class seems to currently be gelling around this year’s oversimplification of the American voting public: 2012 will be a “base” election (as opposed to a “swing vote” election). Polling between Barack Obama and Mitt Romney seems to indicate that almost everyone has already made up their minds, and the pool of “undecided” voters has shrunk to five percent or less. What this could mean is both candidates spending the rest of the election firing up their base and concentrating on “get out the vote” efforts. What it might also mean during the conventions is both candidates tossing red meat to their base with abandon, in an effort to generate a wave of enthusiasm which could carry the day in November.

There are ten or twelve “battleground” states which will decide the vote in the Electoral College. But while many are focusing on the East Coast swing states, Colorado may actually become the tipping point state. Here is one scenario for how this could happen (there are other ways to map this out, but this seemed the most plausible for now): Barack Obama picks up swing states Nevada, Wisconsin, Iowa, and New Hampshire — but loses Missouri, Florida, North Carolina, Virginia, and Ohio to Mitt Romney. Colorado would then become the deciding state, with Barack Obama having only 263 electoral votes to Romney’s 266. Add Colorado’s nine votes to either side of that equation, and it equals the keys to the Oval Office.

Colorado, it bears noting, has an initiative on their ballot this year to legalize marijuana for all adults. Not just for medical purposes, but also for recreational purposes. Marijuana would be regulated and taxed much like alcohol and cigarettes currently are if Amendment 64 passes.

Polling on marijuana initiatives is notoriously difficult, and often unreliable come election day. Having said that, so far the initiative seems to be doing fairly well among the public. Rasmussen polled on the question at the beginning of June and came up with 61 percent in favor, 27 percent opposed, and 12 percent undecided. More recently, PPP released a poll which showed the gap to be much closer, at 47 percent for, 38 percent against, and 15 percent undecided.

Breaking these numbers down, there are two noticeable demographics which favor the measure in both polls: young people and independent voters. Roughly six in ten people under the age of 40 support legalization. While Democrats and self-identified liberals support the measure overwhelmingly, and conservatives and Republicans are against the amendment in similar proportions, the data on independent or moderate voters could be significant. In the PPP poll, moderates were for the measure 50-32, and in Rasmussen’s poll were overwhelmingly for the idea, 67-15. Independent voters (no party affiliation) were even more lopsided, at 69-17 support in Rasmussen, and 58-28 support in PPP.

What is interesting about the legalization amendment is not only the “wedge issue” nature of it, but also the fact that there may be quite a few “single-issue” voters out there who turn out to the polls just to cast a vote on Amendment 64. These are also the voters that Obama is having problems reenergizing in 2012. The youth vote was overwhelmingly big in 2008, but young folks seem to be not paying much attention to politics this time around.

President Obama could energize the youth vote and give a lot of Colorado independents a solid reason to vote for him by announcing during his convention speech that his thinking has “evolved” on the question of marijuana. At the beginning of his term, he seemed to be following through on his campaign promise to leave medical marijuana providers alone as long as they were following applicable state laws. Roughly two years in, this policy was quietly reversed and the Justice Department is now cracking down in multiple states where medical marijuana is legal — to an extent not even the Bush administration did. This year alone, over 40 dispensaries in Colorado have been raided by the Obama administration, even though they were following their state’s laws. This has outraged many medical marijuana supporters across the country — some of whom are adamant that they will not vote for Obama again.

Obama could win these voters back, by announcing during his convention speech “I have authorized Attorney General Holder to reclassify marijuana as a Schedule II controlled dangerous substance, and by doing so will end all federal action against medical marijuana providers, and allow the medical usage of marijuana in any state where the voters choose to approve this. Furthermore, if Colorado approves the legalization of marijuana for all adults to use, I promise that the federal government will not fight this new state law.”

This would indeed be a bold and risky stance for Obama to take. The polling in Colorado might be overly optimistic, and if Amendment 64 is defeated, he may actually hurt his chances for winning the state. Obama has always been extremely sensitive on the issue of marijuana, perhaps because he thinks he’s vulnerable politically for having admitted marijuana use in his past.

But — not unlike gay marriage — times are changing. More and more of the public is currently evolving their own thinking on the marijuana issue. Medical marijuana has higher and higher support (no pun intended), and keeps winning in state after state (much like the route civil unions took). Support for outright legalization stands now at roughly half of the public (almost exactly the same as gay marriage support). There are political risks in Obama throwing his support behind the pro-marijuana movement — but then there were risks to his stance on gay marriage, as well.

If this is truly going to be a “base” election, then Obama will need to excite Democratic groups who might not bother to vote this time around. He has already taken steps to raise enthusiasm among gay rights supporters, Latinos and women. Even so, the polling in Colorado remains neck and neck for Obama. Obama announcing a change in his marijuana policy would not only motivate voters in states across the country, it could also provide the winning edge in a state that might wind up being the crucial must-win state for Obama. Evolving on marijuana could provide the enthusiasm he needs to win Colorado in November — which might just be the key to winning a second term.