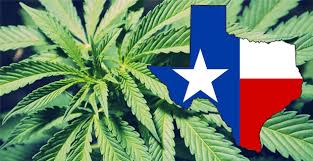 Large holes cut into the ceiling of almost every room of the 3,200-square-foot house on Mandarin Glen Circle in Spring were the first clue. Blowers were installed to push suspiciously pungent air into the attic.

Then there was the potting soil covering floors, the makeshift electrical panels powering hundreds of 600-watt lights, the bathrooms converted into watering stations.

They were all signs of a suburban dream home turned into a nightmare for its owners, a house in a quiet neighborhood transformed into a sophisticated grow house for a major Houston-area marijuana trafficking operation taken down by agents last week.

Owners Court Riddle and his wife, Candace, could not believe the damage the marijuana cultivators wreaked on their two-story rental.

“This is like a bad movie,” said Candace, 32, as she and her two sons pulled down wire racks used to dry the marijuana.

It was a heart-breaking scene being repeated for property owners at 40 rental homes targeted in raids in Harris, Montgomery and Fort Bend counties. Two dozen Vietnamese nationals were arrested, and nearly 14,000 marijuana plants confiscated in the raid.

Federal and state authorities said the residences — often in upscale suburbs — had been secretly converted into grow houses by a Vietnamese-run marijuana cultivation ring. Traffickers were paying $3,500 a month in rent in some of the homes, small change for a drug ring that had the capital to invest $50,000 worth of sophisticated growing equipment in each residence, a Texas Department of Public Safety official confirmed.

And the payoff potential was huge.

Based on the number of plants and the four times-a-year harvest, DPS estimates the grow houses together could generate $250 million a year.

DPS Commander Duane Steen, who is in charge of the Houston division, said his agency estimates the larger rented grow houses had from 250 to 400 marijuana plants. The home-grown marijuana has a much higher potency than the more common Mexican variety and commands prices from $3,000 to $5,000 per pound. In a year, one house alone could produce marijuana worth $4 million to $6.5 million.

Officials with the U.S. Drug Enforcement Administration said the Vietnamese-run ring is related to similar groups operating in Canada and Seattle.

“We have a widespread, loosely associated criminal organization that is utilizing the neighborhoods in the greater Houston area for a very profitable grown marijuana operation, which can be distributed and consumed right here in the local area,” Steen said.

By producing the pot locally and closer to consumers the ring lowered its risk of arrest and reduced transportation costs, Steen said. “That way you don’t incur the transport cost of shipping it from the border up to Chicago,” Steen said.

The ring stole electricity from local utilities by digging trenches and tapping directly into underground power lines running to the home. This not only saves large amounts of money, but made it harder to detect their 24/7 power use because they wired around the house meter.

It all points to a very sophisticated organization, Steen said.

The raids last week targeted 60 locations, including two commercial sites where the organization was storing and packaging the marijuana. Of the 60 addresses, they found active cultivation in 40.

Earlier seizures of 14 other grow houses the Vietnamese organization operated turned up 5,000 more plants, although details of those operations were not disclosed.

The tentacles of the crime ring extended into The Woodlands, where one grow house was on an immaculately landscaped cul-de-sac with $380,000 homes.

“I didn’t expect crime to be across the street and two houses down,” said Jessica Romero, who with her husband and two children moved into an adjacent house last month. “I don’t know about grow houses, but what comes to mind is if you have people coming to pick up drugs, there could be gunfire.”

The grow house is owned by a Mexico City businessman who fears that neighbors will think he was somehow involved in the illicit cultivation, said the owner’s insurance agent, Keith Wagner.

“The only space they didn’t use was at the front of the house,” said Wagner, who estimates the growers caused $50,000 in damage. “You could walk into the front room and the kitchen and you’d say this was a normal family home.”

People are mistaken if they think drug activity is limited to “bad” neighborhoods, said Wagner, a proponent of drug treatment and rehabilitation to end demand.

“People think this is only happening downtown,” he said. “But think about it. Half the kids are using weed and half the parents are still smoking pot from the ’60s. So the demand is here.”

The Riddles learned that the young Vietnamese woman with two children — who in January signed a two-year lease and were paying $1,850 a month — never lived in their home. Court Riddle, a 35-year-old minister, figures the cleanup to his property will cost $15,000.

The brick home-turned-marijuana greenhouse suffered through 120-degree temperatures that softened the walls. Mold also was starting to grow.

“Now we’re left with trying to get it ready to lease it out or sell, and you know what the market is like,” he said. “We may have to go into foreclosure.”