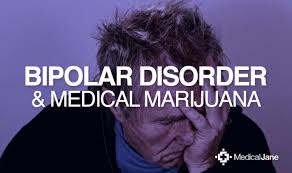 Bipolar disorder is a common condition among millions and a new study suggest smoking pot might actually help the mental condition.

Statistics in a test studied show that those who used marijuana had less severe bipolar than those who haven’t tried the banned substance. It’s also claimed that pot helps with anxiety, insomnia, certain eye conditions, and chronic pain. The idea this could help with psychiatric disorders is a new one — and likely to be with even more controversy.

Scientific researchers at Zucker Hillside Hospital on Long Island reviewed 200 participants in their test — with 150 those who have never smoked marijuana in the past. The other 50 had used pot at some point. Every one of the participants consistently experienced the onset of bipolar disorder at a standard age.

The study showed that the participants who used pot had better “neurocognitive performance.”

“Results from our analysis suggest that subjects with bipolar disorder and history of (marijuana use) demonstrate significantly better neurocognitive performance, particularly on measures of attention, processing speed, and working memory.”

They continued that similar results showed up in studies for schizophrenia and pot use.

The researchers also stated that “it is also possible that these findings may be due to the requirement for a certain level of cognitive function and related social skills in the acquisition of illicit drugs.”