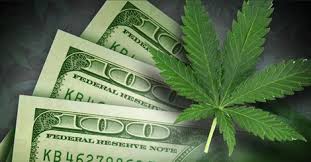 OLYMPIA, Wash. (AP) — Tax enforcers have started auditing medical marijuana dispensaries in Washington, escalating a dispute over whether the outlets should be collecting money for state government.

The state Department of Revenue has worked since 2010 to tell marijuana establishments that they must remit sales taxes on their transactions. Some 50 dispensaries have registered with the state, helping the state collect some $750,000 in taxes from the industry over the span of one year.

Officials believe that there are many other outlets that remain unregistered, and that some registered entities are improperly reporting that they had no taxable business.

“We’ve been doing the educational part and now we’re doing the enforcement part,” said Mike Gowrylow, a spokesman for the Department of Revenue. He emphasized that there was no particular focus or crackdown on medical marijuana entities, just that the state was continuing its normal efforts to identify noncompliant businesses. The agency is currently conducting audits on two marijuana dispensaries.

Some in the pot community have encouraged dispensaries to pay taxes as a means of achieving legitimacy. But Seattle medical marijuana lawyer Douglas Hiatt said he doesn’t believe the state can tax medical marijuana sales, nor would he allow one of his clients to cooperate with an audit.

When the Department of Revenue recently tried to require one of his clients to pay taxes, Hiatt said he threatened to litigate, and the department backed down.

Hiatt and others have also argued that dispensaries are not selling the drug but exchanging items as part of a cooperative. None of that really matters from a tax standpoint, Gowrylow said, because there is an exchange of value taking place.

Steve Sarich, who runs a medical marijuana establishment in Seattle called Access 4 Washington, said any money exchanged at his facility is a donation to the collective effort of producing the marijuana. He noted that it is illegal to sell marijuana under both state and federal law, so it would be problematic for any medical marijuana provider to claim sales of the drug.

“If you pay sales tax, you’re admitting to sales,” Sarich said. “I wouldn’t advise anyone to do that.”

Sarich received a letter from the state regarding the tax issue but hasn’t had any further discussions with revenue officials.

Washington’s medical marijuana industry has been left in a constant state of flux, with federal authorities cracking down on some dispensaries. Gov. Chris Gregoire vetoed a measure that would have provided broader regulation of the sector, saying she was concerned that the federal government could prosecute some workers for overseeing it all.

Now marijuana advocates are pushing an initiative that would legalize pot and allow sales at state-licensed stores. If that system becomes fully functioning, state officials estimate that it could raise as much as nearly $2 billion over the next five years.

But those projections are extremely uncertain. Officials noted that the federal government could come in and dismantle the whole thing.