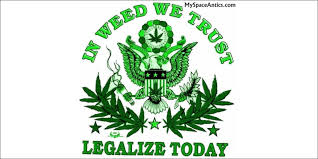 WASHINGTON (Reuters) – The U.S. Tax Court has ruled against a San Francisco medical marijuana seller, snuffing out his business expense deductions, in a decision highlighting the cannabis business’s legal limbo.

The court ruled two weeks ago, in only its second decision on the medical marijuana issue, that Martin Olive, sole proprietor of the Vapor Room Herbal Center, could not claim business expense tax deductions.

Under a 1982 U.S. Tax Code rule, marijuana businesses – legal in 17 states and part of an industry with estimated annual revenues of $1.7 billion – are banned from claiming business tax deductions for rent, Internet and other costs.

But the Tax Court in 2007 gave the businesses some leeway. In its first ruling on the issue, the court said pot sellers could deduct expenses clearly related to “caregiving” services.

The Vapor Room said its marijuana sales were intertwined with legal caregiving services. But the Tax Court rejected this argument, saying the Vapor Room existed almost exclusively to sell marijuana.

The ruling underlined how important it is for cannabis businesses to keep records identifying caregiving services.

“If you are going to be successful in this industry, you need to set your books properly from day one,” said Kris Krane, a managing partner with 4Front Advisors, which offers consulting services to medical marijuana businesses.

In addition, the ruling showed the tax peril faced by ganjapreneurs, who need to pay federal taxes, but in doing so risk exposing themselves to federal prosecution.

Tax records could be used as evidence against a drug seller if federal prosecutors pressed charges.

In October 2011, U.S. prosecutors across California launched an enforcement campaign to shut down marijuana businesses.

“They are caught between a rock and a hard place,” said Joel Newman, a professor at Wake Forest University Law School. “The more seriously you act, the more trouble you might get into.”

Residents of Washington state, Colorado and Oregon are set to vote in November on ballot measures seeking to allow the drug for recreational use, in spite of the federal ban.

For now, many pot businesses rely on cash transactions. They use codes to record customers’ names and amounts of marijuana sold. Keeping more accurate records may mean more legal risk.

“The IRS is not treating cannabis dispensaries fairly,” said Henry Wykowski, a San Francisco lawyer who argued the Vapor Room and 2007 medical marijuana cases before the Tax Court.

The Tax Court’s recent decision could have a chilling effect on marijuana businesses trying to abide by the law.

“The IRS is pretty brutal,” said Michael Llamas, president of Medical Marijuana Inc. “They still tax you, but don’t allow you to take your deductions.”

This, he said, is “essentially driving a lot of people underground or out of business.”

Llamas said his company sells medical hemp, which can be legally imported and sold in the United States.

The time is now.