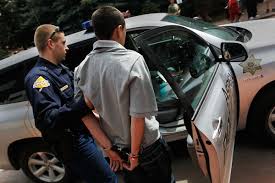 The recent marijuana ticket ordinance, and the mayor’s impending veto of it, have sparked much debate. After months of tweaking the proposed ordinance, which would allow police to issue an administrative ticket rather than arrest someone caught in possession of 2.5 grams of marijuana or less, the City Council approved the ordinance last week. Mayor Sal Garza withheld his vote and at week’s end announced he would veto the ordinance.

Garza cited the wording of the ordinance as being too vague and not providing enough specific consideration for the health and safety of youthful violators. In a news release, Garza acknowledged the potential benefits the new ordinance may provide, such as allowing for better utilization of police and legal resources.

Downtown visitors were asked Sunday, “What do you think of the ordinance to ticket people found with less than 2.5 grams of marijuana and the subsequent veto by Mayor Sal Garza?” Their responses are below:

Molly Martinson, 27, of Galesburg, said she is “totally against the ordinance.”
“It will cause more people to think it’s OK to use pot. This is just an example of the city trying to make money.”

Barbara Reuter, 74, of Galesburg, sees the need for such a measure. She doesn’t believe in “encouraging drug use, but prisons and jails are too full. The people who are going to do it are going to do it anyway.” She does not understand though, “why Mayor Garza did not give his thoughts from the beginning, if everyone is working together. Why did he not put his input, that it was not phrased right, in months ago?” Reuter views the ordinance as more of an economic than a drug-related issue.

Mark Farrell, 22, a Knox College student from Colorado, who does not view marijuana as a “hard drug,” believes the tickets provided by the ordinance are “better than being pointlessly arrested. Fining the offenders will be equally effective at deterring them as putting them in jail, which clogs up the prison system.”

Keeley Denisar, 28, of Galesburg, has taken a more neutral stance on the issue. She believes the ordinance is “not a good sign for kids, but many people see small amounts of pot as no big deal and believe it should be legal anyway.” She can “see both sides of the argument,” which has allowed her to remain impartial. She does, however, believe “Mayor Garza may be playing politics and trying to play it safe.” Her only negative reaction to the ordinance is that it appears to be “saying rich kids can get away with it, because they have enough money to pay the fines.”

Latori McAlister, 30, originally from Aurora, sees the possibility for the ordinance to “help with crime instead of just throwing people in jail. It takes a lot of cops off the street for minor things. Anything that would bring more money into the community would be a great thing.” He thinks the ordinance “won’t have much of an effect on younger kids, because they will still have to pay fines, so they will still have to face the consequences of their actions.”

Brandon Sanders, 23, of Galesburg, believes “there are a lot more violent crimes and worse things for people to get sent to jail for than having 2 grams of weed. The jails are so full from these petty crimes. Yes, drugs are bad and illegal, but the money spent on the offenders could be spent to keep other, more dangerous people off the streets.”