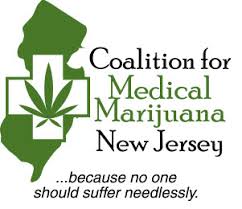 New Jersey approved a medical marijuana program more than two years ago but the program will finally begin to go into effect on Thursday.

That’s the day when qualified patients can first register to receive an ID card for purchasing medical marijuana. That doesn’t mark the start of any drug availability which is likely to come sometime next month.

Creating a patient registry is an important first step in allowing patients to use medical marijuana. But that doesn’t mean people who participate in the system are safe from legal consequences.

New Jersey is the 17th state to permit medical marijuana but possession and use of the drug is still a violation of federal law, medical use or no.

The fact that a patient is allowed to purchase and use marijuana under state law does not protect them from federal prosecution, according to a Supreme Court case from 2005. Obama has said that it’s not his priority to bust medical marijuana users, but that doesn’t mean the government is ignoring dispensaries, reports LA Weekly.

The legal murkiness doesn’t seem to be stopping New Jersey from going through with plans to allow medical marijuana. The state already has about 150 doctors registered to prescribe the drug and six nonprofit dispensaries with a license to sell.

Only one of those dispensaries currently has a site but it plans to begin selling soon, reports the Philadelphia Inquirer.

The Greenleaf Compassion Center of Montclair, New Jersey hopes to open its doors in September pending final permits. Until other dispensaries open it will be the sole provider of medical marijuana in the state.